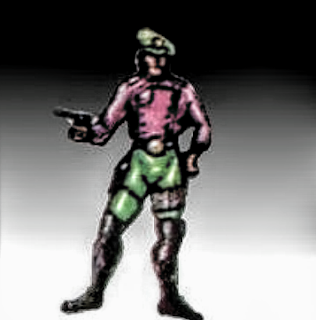 We are going to continue rolling at the Casino/Gambling Establishment. In 3 hours, we get the e071, which is a gambling mini-game which takes the rest of the day.

You put your money on the table and roll two dice. Doubles will win back whatever you bet (Break Even). 5 or 9 doubles your money while 3 or 11 triples it.

There is also a game called jackpot in which the only winning roll is a 12. That will net you 30 times your initial bet.

Emily and Duke both bet 5,000 in two independent games.


Well, six of the crew lost, so Duke throws issues another 6,000 secs. to the losers so they can try again. Michael broke even, so he tries again, too. The winners each ante up another 1000 from their winnings and Emily and Duke join them with another 5,000 each.

Duke loses 5000 while Emily breaks even.


Duke foolishly drops 1000 on the Jackpot game and loses again. One last time, Duke tries his hand at the first game with a 5000 and rolls a 9. He doubles his money.


The crew is pretty happy now. They all have cash in their pockets. Collectively they took in 20,000.

Duke and Emily did worse, but managed to score 9,000 secs. Walking home with our winnings, we roll a 5 and nothing special happens. Isn’t that ominous?