Wilhelm Albrecht Oeltzen was German astronomer and author of several books. He is known for the processing of a part of Friedrich Wilhelm August Argelander's Zones from 1849-1852 in Bonn Germany. Often these are labeled "A. Oe." or "AOe" in catalogs. This was a two step process, I am uncertain if the abbreviations differentiate the two projects. In 1875, he disappeared. I have been unable to find any reference to what he was doing at that time.

Since the 1870s are an interesting time period, it would be no surprise that the man simply passed away of natural causes, far from home.

The Temple of Light - Maps

This temple complex is the work of an ancient people. The first map is of a traditional family abode. In the past, the tribe dug horizontal homes, as a means of collecting flint. As the people transitioned to a bronze age culture, they began construction of the Temple of Light. The structure is a gleaming white, the effect was achieved with a decorative coating quartz and flint.

The Temple was a beacon of solidarity for the people, but it also proved to be a beacon for raiders. The pirates devastated the village proper, taking valuables and prisoners. The raiders returned seasonally to plunder the people. For a time, the villagers disbursed to escape the onslaught. 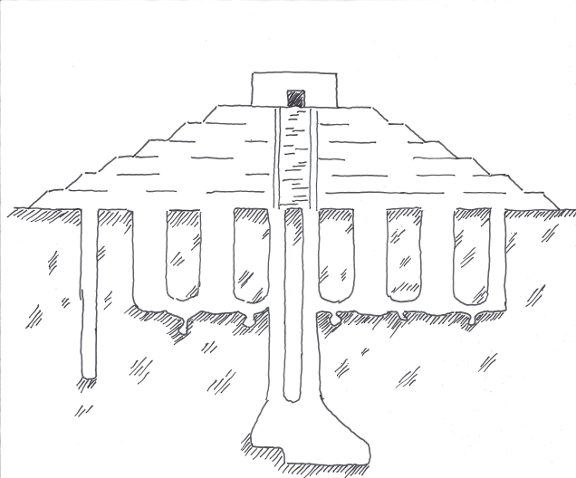 One day, several young children entered the Temple and discovered a pair of holes in the central hall leading to a deep natural cavern. When the chief was informed, he ordered a return to the old ways of digging pit homes under the Temple. 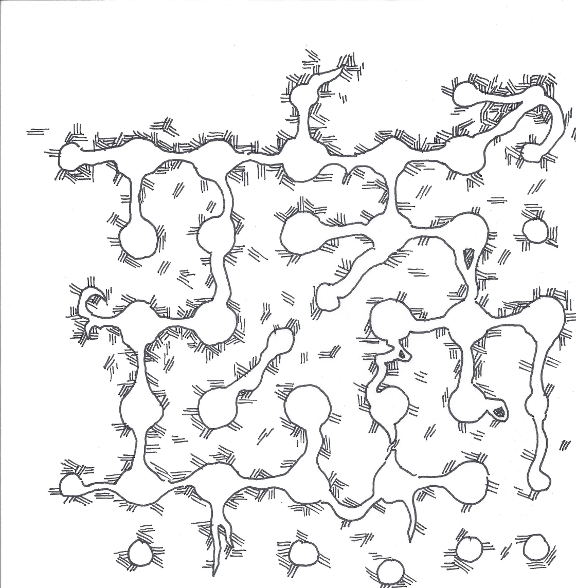 In a few months, the tribe had relocated under the Temple. By concealing the upper openings with floor tiles, the villagers were able to extract revenge when they breached the Temple. The surviving pirates completed the turnabout with tales of a diamond encrusted temple protected by spirits of the earth.

The children discovered the leader of instability in the rock. Future generations will tell the story of a fortress of diamond beneath the crystal blue waters of a cenote. The stone age villagers speak in hushed tones about the mighty Sea Mage sunk the fortress in anger for the king's refusal tribute payments. Adventurers may find tablets of stone that tell of the powerful shaman who levitated the entirety of the Temple to allow her people time to escape the collapse into the waters below.

This series of maps are based on a mix of real world places and cultures, Grime's Graves, Ancestral Puebloans and people of Teotihuacan in particular.
Posted by Phil Viverito at 8/05/2017 11:26:00 PM No comments:

This is a rough map of a temple dedicated to a creature of the deep. 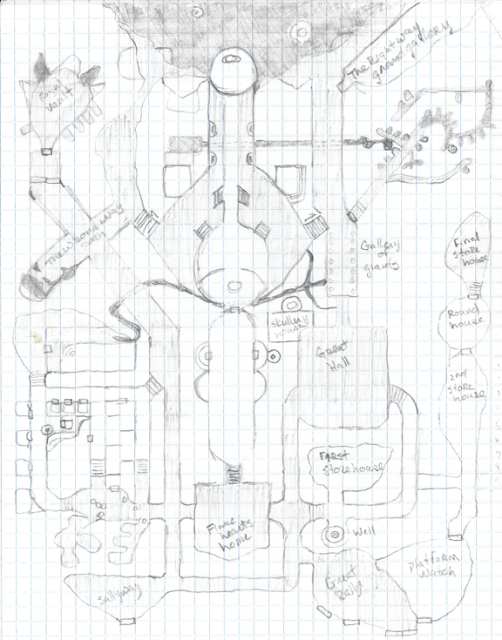 This is a quick, 5 minute map of a strange series of buildings collectively known as The Keep of Glass. The buildings are made of white marble and glass. The interiors are completely bare. Bring an artifact known as the Black Arrow, allows the characters to teleport without error to a distant location. 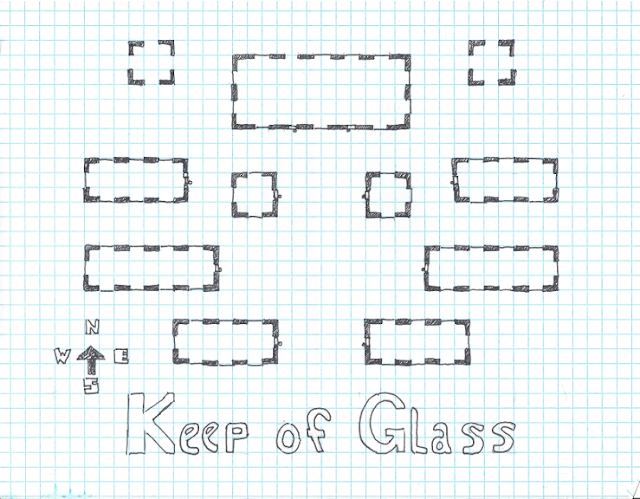