52 Weeks of Magic - Item 44 - The Bountiful Pot of Perseverance

We are at the end of 52 Weeks of Magic. Due to the holiday, the posting of these items has been intermittent and out of order. I intended these two posts to occur on Christmas, which I managed to do, but they are not properly numbered because I believed that it would take me until December 31st to finish catching up with the series.

These last two items, The Bountiful Pot of Perseverance and The Spot of the Teapot are linked by a story from my campaign on the Peninsula of Plenty and real life events capturing the spirit of Magic and the Holidays. 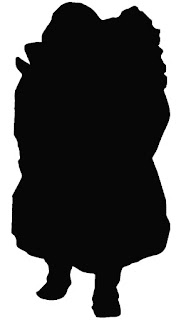 Without further ado, here is the description of The Bountiful Pot of Perseverance. This magical pot, when placed on a fire will activate. Any scraps of food placed into the pot with water will be transformed into a hardy stew. Even the most meager scraps will magically be enough to feed a dozen people three meals a day.

How this device came to the Peninsula of Plenty is an elven legend. The first Elven colonies found the Peninsula to be very warm and snow to be a rarity even in winter, except for the mountains to the north. At that time, heating did not seem to be an issue and the elves naturally used magical lighting around their colony thus had little need for fuel.

In the third year after the establishment of the small port town, a blizzard swept down from the mountains and forced their ships to flee before the storm. All of the ships escaped home, but it was months before relief for the colony could be sent. As the Winter Solstice came and went, the food was nearly gone and the elves were trapped inside, with hardly any fuel for life sustaining fire. Exhausted and hopeless, the elves realized that survival was impossible. Cold and starvation is not fast and the elves could only wait for the end.

Three or four days after the solstice, the cold became unearthly. It was even too cold for snow. And as the dawn glinted off the Diamond Dust that hung in the air, the elves heard bells. And with the bells came a man. Or a dwarf or a woman. The only thing that the elves could agree on was this person was dressed in red, wore a fake beard and nose and carried several packages.

Their saintly benefactor gave to them many things, loaves of bread and teas and pots and earthen vessels and blankets. The survivors tried to thank their benefactor, but with a wink and a finger on the tip of his nose, he or she vanished into thin air.

The colony was saved and persevered through the harsh winter. To this day, the Colony is vigilant for foul weather, yet celebrates a great feast during the week of the Winter Solstice.

We are at the end of this series of wonder and magic.

I would like to dedicate this series to a friend, Gary, who was Santa for a great number years to many, many people. After his passing, his wife Katie took up his Santa hat and continued the tradition for many years until she awarded the mantle to their son, who continues the tradition for another generation. This series is dedicated to all people who place wonder and joy of others before their own needs, to create magic for others.
Posted by Phil Viverito at 12/25/2019 11:16:00 AM