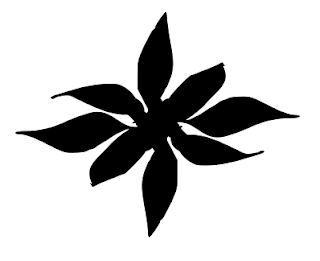 The herb named Verbena is a cultivated leafy herb from the city of Nace. In nature, Verbena is extremely hard to find and can only be harvested at night. The leaf can be dried for use later or used immediately to staunch bleeding and heal 1d4 points of damage per use. Applying or ingesting the leaf will purify the wound and sanctify the user. Each leaf is sufficient to heal 3 times or three different people.

When used dry, it is typical stored within an earthen vessel and each leaf is handled with a hilt-like device, which acts as both tweeters and handle.

The Law of Verbena comes from one of the side effects of the leaf's use. Typically, the leaf cannot be handled without healing the healer, even with the handle like tool. When healed by the herb, the user is marked with The Law of Verbena. They will glow with a soft light, they will radiate an aura of good and will repel evil 10' for three days after healing. These are the minor effects of Verbena.

The Law of Verbena will curse anyone who injuries the healed during the effects of healing. For this reason, all healing must occur in a temple and the healed and healer must remain within it's confines until the minor effects fade. Should that person be deliberately injured while sanctified, the attacker will suffer a powerful curse. They will lose 1d3 hit points and half of their constitution for 7 days.

This curse was anecdotal know from it's discovery, but not always believed. Under the cruel rule of the Emperor Asinusistic, an elven prisoner was tortured for information. Asinusistic healed the elf to keep the process going. He was immediately struck down the curse.

Over the next seven days, the Capital of 75,000 was stricken with the curse. Many people died outright and the city was thrown into chaos. Asinusistic survived the initial curse, but subsequently died when he was thrown from the palace rooftop. News of his death stopped the Elven incursion and it was another generation before hostilities started anew.
Posted by Phil Viverito at 12/24/2019 10:57:00 PM