As mentioned in my last couple of posts, I like to push my player's buttons. Not for a rise, but for rare and unique gameplay.

Yesterday, I posted on Investigate. Basically, the thing that every DM and player needs to do in a new setting. But it never stops. There is always the question of "what makes this tick". Once you have it, you usually end up with the answer to what is rare and what is not, which also answers the question of what pushes boundaries in a game.

As the DM, usually I'm the one setting boundaries. But in some cases, the players do. Personally, I'm afraid of insects so I made a campaign where the main antagonists were insect like creatures. That set my players on edge.
Too much. I was able to describe these creatures in such an eerie fashion, the players, by word and action refused to go up against them. I could have pushed, but being uncomfortable with insects myself, I did not. I created a new storyline and we ran with that.

Ironically, the players hired a new band of heroes to go handle the insect creatures while they explored other avenues. I found that hysterical and of course made those heroes the alternate heroes, that received a more credit than the party. Oh, the burn... and the joy when the party finally found their groove and knocked them low by bringing them back into the action as hirelings and henchmen.

It's rare that I have to scrap everything, but it happens.
Speaking of rare, if the party comes up with an idea that makes sense, I will often push it to the limits. Not to steal the party's thunder, but to highlight how rare such a turn of events is.
In one campaign, the heroes found a series of stone horses. If the characters touched them, they fused with the horse and could control it like a living creature for a price. These stone horses allowed them to travel very quickly and safely. They, of course, got into trouble goading a near by kingdom into attacking their hometown. 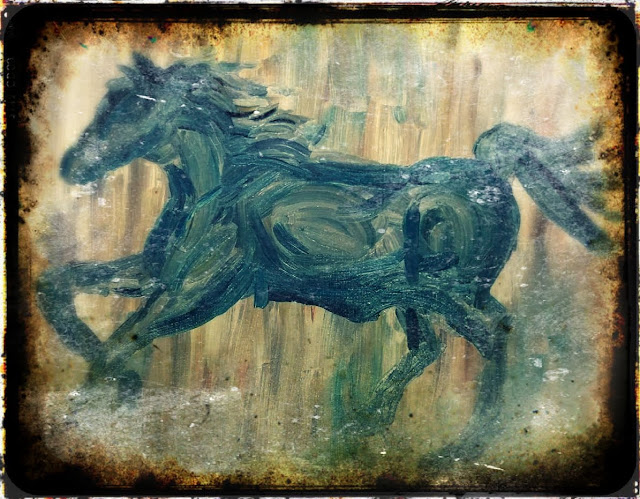 Again, the urge to push came back, as did the urge to use something very rare. I had been hinting that these stone horses were not unique, not all that rare, as their hometown had a collection of wolf statues. The players utterly failed to noticed this until the final moment where the town walls were breached and the citizens were corralled into the temple and cemetery, where hundreds of these wolf statues existed.

I have lots of figurines and decided to wow the party by stepping out of the theater of the mind and arraying hundreds of opponents on the table. Once they discovered the purpose of the wolf statues, they went wild with glee. And this explained why this one town existed outside of any kingdom, a very rare set of circumstances, indeed.