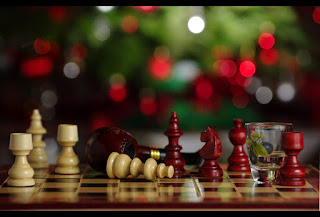 What did I do last month? I did an update to the Kobold Folly Minisetting. Oddly, downloads were way down. I checked with DriveThruRPG and found out there is no mechanism to see how many people downloaded an updated file. It sort of makes sense, so I hope you got your update if you previously downloaded. Just go to your library tab and the new files will be there.

I also caught up and completed my series called 52 Weeks of Magic, with 17 posts in a month. Behind the scenes, I started preloading posts for January. I had 13 schedule and the first 3 went off without a hitch. I like posting in advance, but I don't have a tool to post across social media, automatically. I need to look into a tool for that.

This year, you can expect to see many, many more reviews. January already has 2 set to go. Other new changes are I've become a Rakuten affiliate which possibly means better ads. My DriveThruRPG ads are the only ones generating any revenue at the moment.

UPDATE Jan. 12, 2020. I've decided to add some images of my Google Analytics to this post.