Corellon has no temples or churches. However, his followers have created spaces of refuge and contemplation of their maker. The Infirmary of Corellon is one such place. It is located on the eastern edge of the Great Savanna, in a elf made mound. 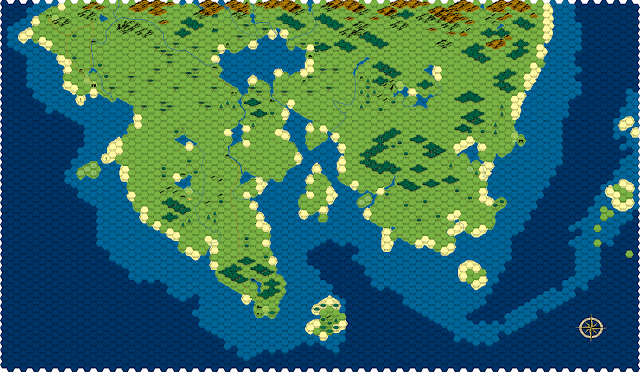 The main structure has an eastern door and 10 roughly appointed areas for meditation. Each space ends in a small window that faces into the earth of the mound. The debris in these opening shift with the seasons but are never allowed to breech the side of the mound. Elves staying with in these spaces will find that meditation triples their healing and sometimes, if the need is great, visions will appear in the windows. 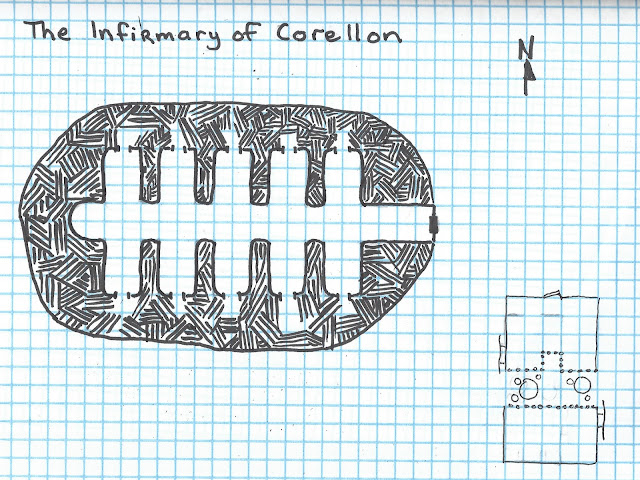 At the end of the central shaft is the Great Light, a magical creation that lights and warms the whole structure.

To the south-east of the mound is the caretaker's home. It is also roughly appointed with tables and chairs. The north section of the building houses a kitchen and the south section is a private space for the care takers. These two sections are separated with a green grown lattice of ivy. Stepping into the ivy magically transports the elf to the private area in the southern section and back. Only elves can make this passage function. If another creature attempt to cross this ivy threshold, they will be proportionally repulsed. If a weapon or spell is used on the ivy, the attacker will be teleported 1-3 miles in a random direction. Occasionally, they will arrive with their possessions, but most of the time they will be completely naked.

Between the two halves of the building is a roofed, pleasant area with tables and stools. Two sliding doors can be closed against the weather.
Posted by Phil Viverito at 9/23/2019 10:26:00 PM