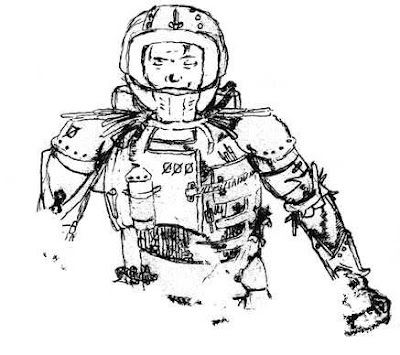 It turns out that simply ramming the 000 Armor with drones is more effective than any of the robot's  weapons. In the image, you can see that the armor has been knocked around a bit by the drone swarm. The main reason is the swam can cover an area larger than the suit's non-locality function.
Posted by Phil Viverito at 9/14/2019 01:48:00 AM