This episode has a format change base on feedback I've received. I have a new sponsor, Anchor.FM and the format now supports the concept of sponsors. I also have some new music so let's all give thanks to Kevin MacLeod at incompetech.com for the following tracks:

In this episode, I reminisce about 4 games: D&D, Star Frontiers, Gemstone IV and Traveller.  I cover 35+ years of gaming experiences in one podcast. Part of the reason I have been offline for so long was a mash up of getting my lesson plans online for students, my classes at Buffalo State suddenly switching to an online format and the associate PITA from taking finals online.

I hope this format works better than Episode 001 and 000's. It was a pain to record, mostly owing to my new Podcat, Shinobu. She's cute even as she climbs the cables.

Now on to the episode!

Posted by Phil Viverito at 1:03 AM No comments:

Playing with Inkscape and an Orion Type Ship

If I could make my own universe, I'd probably run with something like Traveller. However, the ships I have in mind are sort of WTF level.

This is an Orion Type ship. I'm tinkering with Inkscape and coming up with ship designs. This one is a Bixby class exploration ship. The difference between battleship and explorer is slight with an Orion class ship.

Typical models are 10 meters across and about a hundred meters long. The long spar from the base to the top is where the payload goes, which I haven drawn yet. The whole ship is over 600 meters long.

Orions don't scale down, period. 10 by 100 meters is an arbitrary limit that one hits if you merely want to fill a spaceship with niceties like a 50-100 kg barber chair just because you might want one.

Typical Orion type ships have HUNDREDS of kiloton nuclear devices used to push the ship forward. This one probably has thousands. The grey area above the orange is the magazine for these propulsion devices. Often, the nuclear device will be deployed by a gun like mechanism through a hole in the pusher plate. That is option 1.

Option 2 is to have the nuclear device mounted on a missile that flies out the sides of the ship and to the target area 30 meters behind the pusher plate. The delivery rate is a leisurely 1 device per 1.1 seconds and one launcher would have the ability to perform this task. However, this ramped up version has 16 launchers, each one capable of launching nukes once a second, plus the gun-like arrangement at the bottom.

Theoretically, this is an unarmed ship. You can read a story about it in action here. The tech level in this story is all over the place, no FTL, but lots of AIs and reefer sleep. The AI is beginning to think about arming itself. 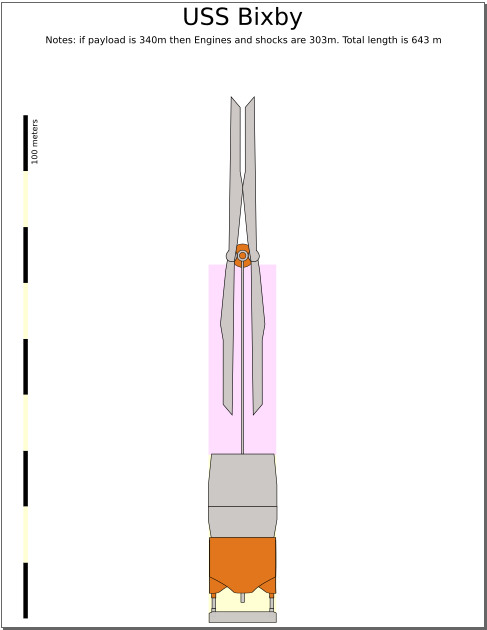 Posted by Phil Viverito at 11:32 PM No comments: 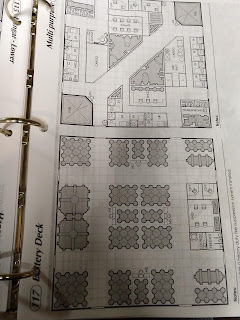 While organizing my desk, I happened upon a book by Robert Pearce. It is an incredible set of ship plans for Traveller. Sure, it says "Traveller", but it could be used for any game system. The detail and scope is amazing. It is campaign fuel for sure.

Why not take a look yourself.

I know I will be pouring over this book for days to come. For some odd reason, it isn't even for sale. It's free.

Damn. A mighty big thanks to you Mr. Pearce, you made my day. 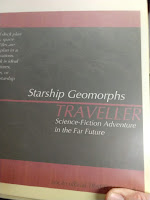 Posted by Phil Viverito at 8:54 PM No comments: