The Inside Out Fortification

This month, I am doing castles as the theme of my Inktober sketches. I've always been amused by the bit in So Long and Thanks for All the Fish where Wonko the Sane builds the Asylum, an inside out building to contain the world gone mad.

This is probably my first contact with this concept of an inside out structure.

However, real life shows that Wonko the Sane's Asylum isn't nuts. Apparently Julius Caesar did this in his siege craft. In a particularly interesting conflict, Caesar attacked fortification of Alesia.

The Gallic leader, Vercingetorix took refuge in the oppidum (an Iron Age Fortified town) with his 80,000 men. Caesar decided it was more prudent to siege the town rather than storm it. However, this required building a 10 mile long wall around Alesia. It wasn't perfect, but it was effective.

When the Gallic relief force showed up, Caesar built a second wall around his own forces and the Roman's world collapsed into a one half mile strip of land between his walls.
As the siege progressed, Vercingetorix turned out many of the civilians in the hopes that they would be captured by the Romans and fed. Caesar refused this option and didn't attempt to capture or kill any of them. A siege requires people to consume the food, so in turning them away, he didn't weaken his own position by wasting energy on killing or capturing them. As you can see from the map, neither of Caesar's walls were perfect and probably some people simply walked away.
The Romans never broke into the walls of Alesia, but Vercingetorix was forced to surrender. He and the chieftains were killed and the Roman Legions took 40,000 captives as slaves.

Most of this account was written by Caesar himself, so many of the numbers are probably inflated. It is fairly reasonable to assume that Caesar reported accurate numbers for his own forces but magnified the Gallic forces to look better. He said that there were 80,000 following Vercingetorix and the Gallic relief force numbered 250,000. This is pretty unlikely.

But what we can take from this is, Caesar only took half of the people involved captive as slaves and he literally built 2 walls at least 10 miles long.

From the prospective of gaming, we can see that a lot of historical figures do incredible things while not resorting to a scorched earth policy or glassing event. Caesar really played himself as a benevolent leader and ran a policy of forgiving his enemies. This probably explains why Vercingetorix surrendered himself. Either he though that was the best option for his followers to survive and there was a slight chance he, himself, would survive. Many of Caesar opponents killed themselves to spite him when they lost.

These sorts of examples highlight why people surrender in battles and I would totally make that concept a thing in my games if it ever came to the party surrendering. I posted about that almost a year ago. If more games incorporated an honor mechanic, it would probably happen more often.
One further tieback to game is my frustration of the lack of realistic scales for fortifications. Alesia was not a particularly massive fortified position, but if Caesar stood back a couple of miles, it's far larger than what is shown in modules like Keep on the Borderlands. My players in our B2 sessions were completely stymied by the huge area and I figure the area represented on the map is too small by a good margin.

I... We Still Hate Read Magic

I hate read magic as spell. Its... well, let me tell you, it's everything Dragons Gonna Drag said it was. Justin says everything I thought about this useless spell and more. With poetry, actual poetry. He doesn't just hate this spell, he has all kinds of tips, tricks and mechanics to get rid of it in a comprehensive fashion.

Someone once told me, "Criticism without an action item is... assholish." Justin Stewart names the issue and gives the reader many, many good ideas on alleviating the problem. It isn't just criticism, is valid criticism with a viable solution. Love it!

Why not add him to your reading list? Go check him out.

By the way, feel free to add your blog or your favorite blog to my reading list by mentioning it in the comments. I can't wait to add it to my blog roll.

Earlier this week, I posted 3 assassins, which I intend to use as Romanesque Legionaries. Why not fighters? Well, with a theoretical background as Citizen Soldiers, legionaries should have some atypical skills for a soldier because they are citizens first. Right within the AD&D description are examples of soft skills: disguise, poisoning, spying, plus a couple of others. In order to do these things, the assassin needs to have people skills. They also need to have other non-combat skills which support this.

Ideally, assassins should always have some sort of secondary professional skill. AD&D assumes that the assassin will take out the wizard, the lord or the high level cleric, but those people are surrounded by eyes. The ability to pass one's self off as a cook, a herald, a guard is paramount. It doesn't mean the assassin can actually do those tasks, they merely need to make someone else think that they can.

This is one of the reasons I wrote Zero to Hero: Uncommon Commoners. The players need a host of reasonable skills to get into the head of their characters so it is beneficial to have NPC's which operate in that mundane capacity. Zero to Hero gives mechanical statistics to these characters, which might not always be necessary, but can be helpful to everyone. The players are acting out the adventures of a fantastic person which is hard enough, the addition of relatively common folk gives them a scaffold to get there. Plus all of the classes in Zero to Hero have relatively few combat abilities which doesn't increase the mechanical risk to players, it levels the playing field so a small handful of heroes can deal with a huge ensemble of characters on a basic level.

Assassins aren't all about assassination. They break into the sausage factory to make extra special sausage.

This was the operational method of the Romans. They could hand anyone their butt on the battlefield, but after that, then what? Soft skills to get the defeated to continue to defeat themselves. Assassins as soldiers make a lot of sense. Someone needs to collect information and do dastardly things. If you think about it, a legionary was probably eyeing up his compatriots and leaders as much as the enemy. Sometimes, they were looking homeward for any news about family or politics which often ingratiated them to the very people they were looking to take advantage of or wipe out. Assassins make a lot of sense as fighting men.

Even if you don't want to introduce the complexity of a class of classes like Zero to Hero, I hope this changes how you consider placement of assassins in your world.
Posted by Phil Viverito at 3/07/2020 10:25:00 AM No comments: 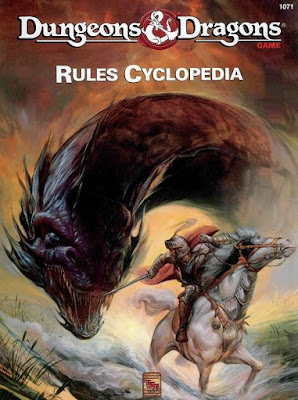