Surrender or not, that is often the end of combat in D&D for the party or their enemies.

But what does surrender mean? Death? Imprisonment?

In history, there are many cases of surrender that end in neither death nor imprisonment. At the Battle of the Caudine Forks, 324 BC, the Romans walked into a trap. The Samnites, lead by Gaius Pontius trapped the Roman Legion in the passes with barricades. The Romans quickly realized their mistake and erected a camp. However, no attack was forthcoming. Gaius Pontius meant to wait until the food and water was gone, then accept terms. 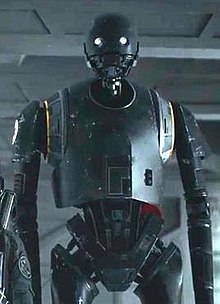 However,  Gaius Pontius was too pleasantly surprised by this victory and sent a message to his father, Herennius, asking what he should do with the Romans. He hadn't expected this outcome. Herennius replied that Gaius should let them go. Herennius was a general in his own right, and this message didn't sound right to his son. The next message was much clearer: "Kill 'em all!" But Gaius was convinced that his father was going senile and sent for him.

Herennius arrived and explained that freeing the Legion and sending them on their way would position the Samnites and Roman for eternal peace through practical magnanimity. The other option, killing them all, would result in peace for a generation as Rome rebuilt it's legion to attack the Samnities.

Gaius Pontius decided on a third path, the yoke. Each Roman would be disarmed and forced to stoop under a spear lashed across the path home. Being wildly driven by honor, the Romans did this but marched home burning with anger. Either the Senate refused the treaty terms or merely waited until an excuse for war in 316 BC is unclear.

In either case, this appears to be a retelling of a tale from either the Punic Wars or a contemporaneous account of something Alexander the Great pulled off in his many campaigns. Truth or no, it establishes many cases where one side will let the other side to walk off relatively intact. Battles to the death in ancient times had a tendency of wiping out citizen farmers, which could result in massive disruptions of the economy or society of both combatants.

So, Herennius message is valid for gamers and generals alike. In the context of lawful or good characters, an honor bound solution is within the realm of possibilities.

Email ThisBlogThis!Share to TwitterShare to FacebookShare to Pinterest
Labels: a touch of history, AD&D, Combat, D&D