What I Should Be Doing vs. What I Am Doing

Yeah, it's one of those days. I realized that I wrote enough reviews to take a long break, perhaps until March. I've a lot of things downloaded from DriveThruRPG and Amazon to read in order to do even more reviews. But instead, I find myself thinking about maps for my Peninsula of Plenty campaign.

Yes, I'm going to get that back on the table. And I want a better map than this: 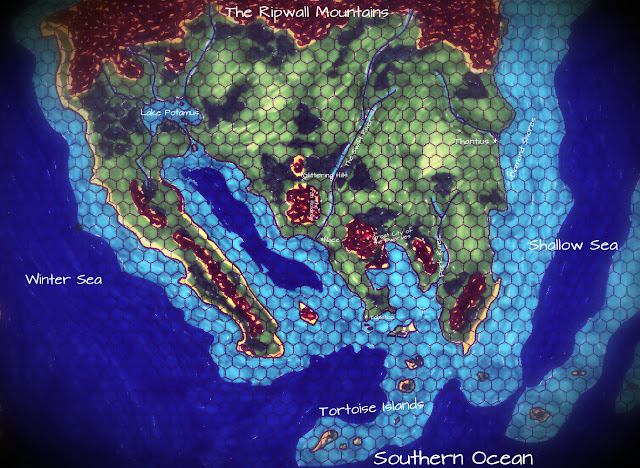 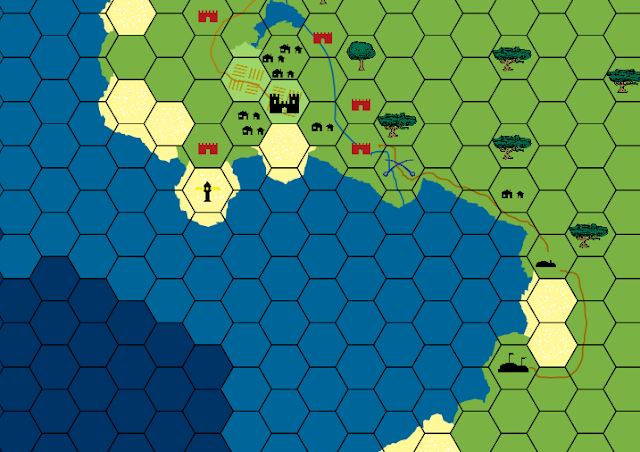 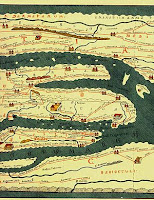 Well, it's happening. And I'm making a better map.
Recently, I downloaded Domain Building by Third Kingdom Games, Seafoot Games' The Abandoned City of Nexus 20x30 Battlemap, and reviewed both How to Hexcrawl and Hexcrawl Basics which all got the brain warmed up to the idea of maps and hexcrawling. 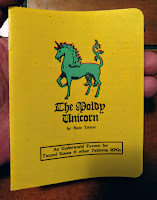 It only took a little more to get me moving. First, was a recollection of the Tabula Peutingeriana, a Roman schematic of the Empire's road system. It is not to scale, but it displays all of the major cities and roadways a traveller might need to cross the whole Empire from Britain to the edge of India. It's a parchment scroll, 21 feet long! Check out the link for the Wikipedia entry. It's amazing! The crazy thing is squashed and distorted yet still an accurate rendering of the roads.
The second part of the push was a combination of a framed copy of Nate Treme's Moldy Unicorn plus a download of the HPS Cartography Kit I meant to review. Review, hell. I'm using and abusing it. I'm making a giant map of the Peninsula of Plenty in that same scale - 11 inches by 21 feet. One inch (or hex) is six miles, which translates to 1500  miles of roads and hexcrawling. 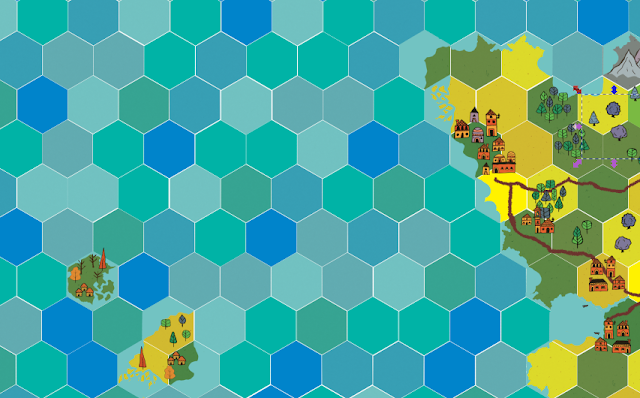 I love the style of maps this hex pack creates. The pack is advertised as containing 400+ tiles, but it's more like 500 or 600. Go check it out. It's a steal.
Update - Two new views of the work in progress. 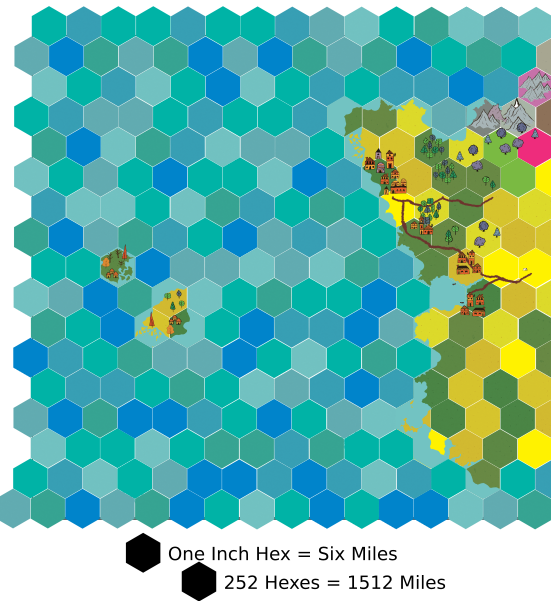