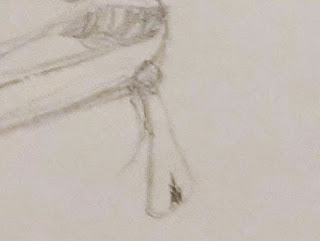 The first character to find this magic item will probably use it wrong. It is a toggle on a leather loop or strap. The character will notice that the leather loop will grow or shrink on command. The largest and small sizes are 6 inches and 2 feet. It sort of looks like a lanyard. If worn like a lanyard, the wearer will be immediately healed at a rate of 1 hp or whatever their constitution bonus is. This can happen once per week.

Some may think that it is a key chain, a necklace, a lanyard or other common device. It is obvious not a weapon but does hold power.

It IS activated by being placed around the neck, but all humans and demi-humans are using it wrong if they wear it. 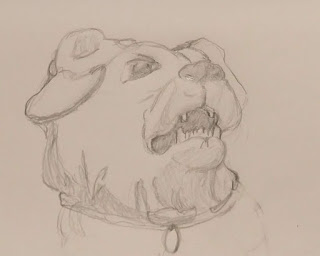 When placed around a dog's neck, the Strap of Stamina and Strength confers the following abilities:
Additionally, the dog is able to regenerate 1 hit point per round to full health, once per week. This requires sleep.

One of the side effects of The Strap of Stamina and Strength is the animal has free will and will not necessarily follow the person putting the device on the dog. For this reason, it cannot be placed on a familiar or animal companion. They will frustrate all efforts to be collared.

Once an animal is collared with such a device, they will attack anyone who attempts to remove it. The Strap is all but indestructible once placed on the dog. The Strap will magically free a dog if a leash or lead is attached to the collar. The Strap will phase if it becomes stuck on a natural obstruction and remain with the dog.
Posted by Phil Viverito at 10/20/2019 11:12:00 AM