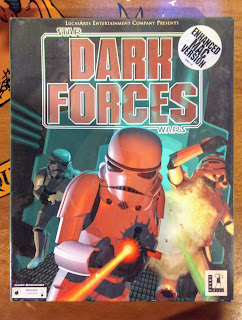 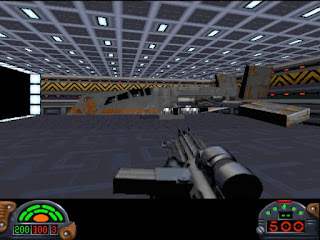 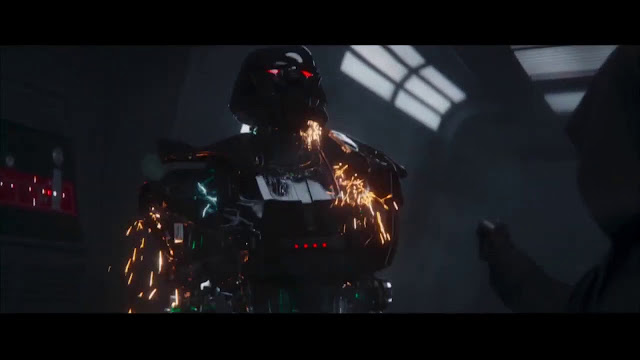 While no longer canonical Star Wars, it's nice to see some of these scenarios come to life via The Mandalorian.
The audio track was excellent, the music virtually lifted from the movies. The use of stereo sound was terrifying, you hear things coming from the proper direction with headphones. The first time a Dark Trooper attacks, you know it's badassed just by the sound of it's footsteps.
The AI is sort of lack luster and the missions are designed Doom style meaning you don't sneak or bypass enemies. It's straight up blast and kill session even though you have a story and mission parameters.
Performance was iffy if I remember correctly. 4 MB was not enough for you to get the full effect. It's even choppy on my Sawtooth, which has more than enough horse power for 1990 games.
All and all, I give this game 4 stars. Go check out the videos at Gamer Walkrhrough for a feel of the game.
Posted by Phil Viverito at 3/04/2021 09:03:00 AM No comments: 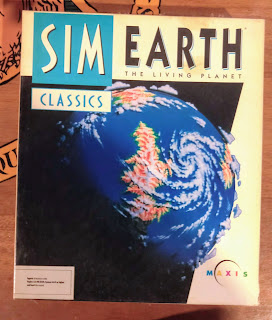 uMoria on a Mac OS 9

uMoria or Mac Moria 5.5c is one of those classic games that is strangely addictive. You pick a race, a class and you are off to the Dungeon. This classic game was created in 1983 by Robert A. Koeneke and has gone on to be ported to most OSes. I happen to like the old classic mac app best.

At the bottom of this screen are two options, change name and file character description. The file is merely this page suitable for printing. While the 6 Statistics are close to D&D, they are slightly out of spec if you wanted to use this as a character generator. Also, some of the classes don't work at all like D&D classes. For example, a Druid can cast both clerical and magic user spells, rather than their own spell circle as in the PHB.

In the video below, I take a few seconds to generate a character and play for a bit. There is no sound.

For first time players, you need to purchase items like weapons before proceeding into the Dungeon. Also, the little [p] characters moving around are town drunks who can hit you or thieves who can steal from you. They are relatively easy to avoid.

In this second video, I linger on screens longer. I apologize for the blurriness for the first few seconds. It was something in the file conversion.

Here is a screen shot of a typical first level (50 feet) dungeon. 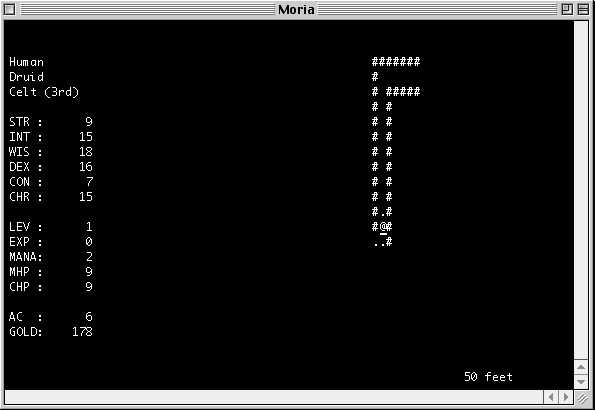 You can colorize your screen, but black and white is fine for me.

You can find more information about uMoira and downloads over at Beej's website on the game.
Posted by Phil Viverito at 11/10/2019 03:52:00 PM No comments: