That's Not Star Wars, Ya Know

One of my favorite Star Trek episodes is Balance of Terror. It is a trope defining story about a Romulan warship using it's cloak to bomb the heck out of the Federation's outposts. It's actually a rewrite of the film "Enemy Below", but it was used effectively to establish a lot of lore within the series. Before this point, we didn't have cloaking devices, photon torpedoes, etc. It really wasn't Trek, but became Star Trek.

So, yeah. That's not Star Wars.

Neither is my Star Wars campaign, or so I have been told. The players are force adepts with no lightsabers. That isn't cool. I have been issued an order to get them lightsabers.

Ok, fine. I see my mistake. For a couple of sessions, I proved that Star Wars can exist without Jedi and lightsabers, but the players are annoyed with this. I saw this coming and had a plotline where the characters build lightsabers from some junk they receive from a bounty hunter, La'ow Houd.

I was told "no deal", that is also not Star Wars. Jedi spend zero screen time building lightsabers.

In our discussion, I outlined the concept of La'ow and his desire to destroy a prison or at least free the prisoners. The players like this but asked "why us?". I explained they were the only rebels around. They asked "So, are we going to find help in the Prison?" 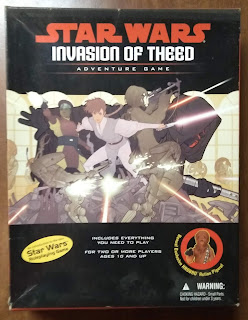 Well, no. They would be destroying a prison that is too close to the capital, making the whole area a battlefield in a galactic war. At this point, we picked through a couple of episodes of Rebels, The Mandalorian and a scene from The Last Jedi, the casino bit. These choices were all parts where "Star Wars" stopped being "Star Wars".

The players asked what makes the prison a bad target in a war? Wouldn't someone else simply bomb the snot out of it, satisfying the goals I laid out? And why does this bounty hunter have a sailboat for us to hang out on? Ooh. Wouldn't someone, the Rebellion or the Empire attacking the city serve the player's goals? Won't the sailboat be a good way for the party to escape that end? That was awkward, because they are right.

By group consensus, we decided that the prison is on the edge of bay. On one side of the bay, the Droid Army is modifying a castle ruins to be a prison. That's what I had and I am all onboard with this. 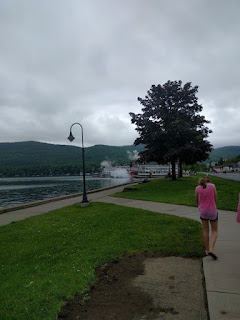 However, on the other side of the bay are a series of small communities. It's sort of a vacation spot, like the casino in The Last Jedi. These communities have this ugly wart of the prison in plain view and being an obvious target, that is not so hot for the locals. While the level of decadence is not ramped up like The Last Jedi, think the Poconos or Lake George rather than Vegas, there are some powerful people running around here. People who have access to lightsabers and other powerful weapons. People who might want to see this prison destroyed. People who might want a fight. Like the players.

The players are exactly right. I did want to investigate the lives of common people in Star Wars, but without some small details, it doesn't work. But with the player's feedback it can continue. So, "this is the way".