Today's post is a #TBT. Back to my first book. I can't believe it's been over two years and 300 downloads later. Perhaps it's time for an update. 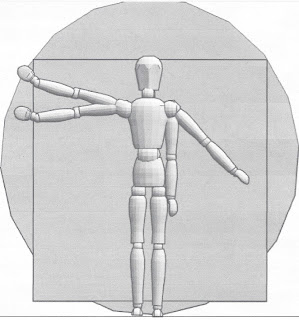 I play a fusion of B/X and AD&D. Back in the day, we had no internet, so I had no context as to which books went with which games.

I vaguely recall some sort of conversion rules to bring your Basic and Expert Characters to AD&D and vis-à-vis. I liked that idea, but then when going through the process, I said, "Screw it! There aren't enough differences between AD&D and Basic/Expert to really warrant this much effort. Elves can be Generic or classed. You can generate stats using either set, etc. We are just doing this."

After years and years of play, I know the differences between AD&D and Basic and Expert. The main twist is that AD&D characters have higher stats, higher bonuses, more of everything in AD&D from weapons to magic spells to magical item and monsters. Demi-humans advance faster with clearly defined abilities in B/X but have level limits, even with the lower levels and ability scores. For the homebrew game, the differences aren't so great. Missile fire is the great equalizer in AD&D, you get more per round which is deadly compared to B/X.

One thing that bothered me about each set of rules was the lack of secondary skills as a fully fleshed out set of statistics. The options were always there to vaguely support NPCs, but when tacking on an professional skill to a Player Character, the DM had to do it all. 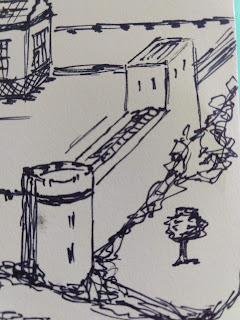 I love my NPC characters, usually they act in the supporting role. They don't cast magic, they don't own a sword. They are there to do far more that carry torches and equipment as per the rules, but not sling a sword or spells. Over the years, I developed a set of rules to accommodate these types of characters. I called it Zero to Hero: Uncommon Commoners. They were the type of characters populating a small town to large city.

My first principal was developed from looking at the to hit and saving throw tables. Most of the time, player characters are challenged by rolls in the low teens at low levels. Well, making buckets is easier than that, so my NPCs have a better than 50-50 chance of making something. Second, failure is not applicable. You aren't much of a bucket maker if you fail 50% of the time. Failure for NPC professionals is missing one or more of their target goals. They make 8 buckets instead of 9, they are a day late, some are wood and some are metal, etc.

Second principle is they suck as combatants, but might have some terrifying skill with a tool. Stoneworker's hammers are just brutal, scribes have razor-like knives, and roofers have their terrible zaxes. These characters have an advantage with tools as weapons, but the tools themselves are poor weapons. Also, lumping someone in the head can damage the tool and the target, limiting the user to use it as a tool again.

Third, they have horrible hit points, attributes are rolled on average dice and saving throws are poor. They max out at 7 or so hit points, including constitution bonuses. "Luck number 7" was the guiding thought in this choice. It's luck that they have more HP than a first or second level character, but this is a poor meat shield choice for the PCs.

Some people have asked if this is character sieve, it is very much the opposite. In fact, there is a section on how an NPC professional can transition to Player Character, saving a poorly rolled character. This method generates characters fast by allowing the DM to save those who have abysmal stats. The process of generation assumes the professional character started with averaged die rolls and this can be used to "lift" someone who didn't qualify for a true PC at first.

In Uncommon Commoners, you'll find over 50 character classes for professionals. They can be used to flesh out your towns or add a bit of flare to a PC. They are far from overpowered, but do add zest to any campaign.
Posted by Phil Viverito at 2/08/2021 11:42:00 PM