Nothing is ever perfect, until it is. 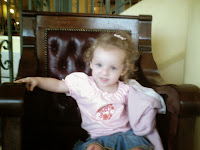 Within the first 24 hours of dating my wife, I did something unusual that has been a part of our lives ever since: I read a book to my wife. It was a passage from The Prophet by Kahlil Gibran. It doesn’t matter what page or passage, it was the one I meant, and it wasn’t a thing I intended to do. Nothing is so perfect, but it left a mark on us that still exists today.

Fast forward many years. My wife brought three wonderful children into this world and I made damn sure that I read to them as I did her. Reading is incredibly powerful. It requires no money, no power, no station or status but it can enrich a mind in ways that exceed all of those things.

I read to my kids and I still read to them even though they can do it for themselves. I read to my wife and I read for myself.

And sometimes, a tiny bit of magic can come from such a simply pleasure.

My daughter was born with a hemangioma. It was a strange, tumor-like structure on the bridge of her nose, about the size of a golf ball. Most of the time, they are very benign. Most often, hemangiomas do not require any treatment at all.

However my daughter, Cat’s hemangioma was different. Located on the bridge of her nose, there was the danger that it could affect the development of her eyes. Cruelly, this would not be direct damage to her eyes but a subtle impingement on her visual perception. Her brain would learn that something prevented sight in that space between her eyes and compensate by ignoring input from that area. If it wasn’t removed fast, she could have a large blind spot that her brain learned not to see. If that happened, there was a chance her sight would be destroyed.

(All that and it was unsightly. Having a child with a tumor on the face has the side effect of pulling every a-hole out of the woodwork to point, stare and lecture.)

As I mentioned before, hemangioma are structures that typically require no treatment. It turned out that our insurance didn’t want to treat it at all. My wife fought an epic campaign to make them understand why it was so critical to have this one, special case treated. She found the best doctor. She worked with him to get the best treatment while battling the insurance company into submission. Our daughter had the best care, from the best people at every step of the way. No BS. My wife, Jennifer really did it all.

At the time, I was doing the best I could to provide. I would work like a dog, come home and did the things that needed to be done. I did my part, the best I could. My place was to support. And I made damn sure that if the kids wanted a bedtime story, they would get it no matter how tired or frustrated I was.

I read The Hobbit in a sing-song voice. I read Watership Down because of the bunnies on the cover. I read The Last Unicorn over and over again as it was my wife’s favorite. Stupid, nerdy stories that were age inappropriate; but they put my family in magical, far-away places.

At the end of the day, Cat’s hemangioma was excised but she was not left unmarked by it. On the bridge of her nose was a scar. And it was more than a red splotch. To this day, she calls her scar “her marker”.

A couple of months after the her treatment, I found Catherine playing with two neighborhood girls. There seemed to be a small row happening on our front lawn. The girls were dressed as princesses, complete with copious amounts of make-up. It was comical, except my daughter standing between the other girls armed with a red permanent marker. The other girls looked very concerned. 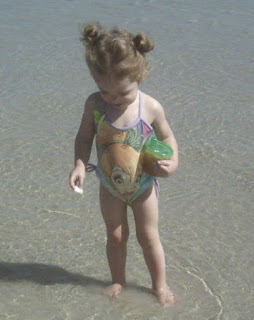 “What are you doing,” I asked.

“Yes, we all need markers”

I took the marker away and Cat blew her stack. It was obviously nap time, but I had this niggling feeling that this was somehow my fault.

After a nap, I asked her what a “Unicorn Princess” was. Surprisingly, shockingly she explained that Unicorn Princesses were princesses that had a red marker on their foreheads where their horn used to be. If the other girls wanted to be Unicorn Princesses, they needed the same marker she had. Otherwise, they would simply be plain-old princesses.

Oh boy, it was my fault. And then some. I was so lucky I happened on the scene when I did. Otherwise I would be explaining a livid, semi-permanent, red mark to two sets of parents. That would be a very ugly conversation, indeed.

That night, situation defused, I read to my wife The Last Unicorn. I started where the trouble and the magic began:

“Molly smoothed the strange hair, and Schmendrick noticed on the forehead, above and between the closed eyes, a small, raised mark, darker than the rest of the skin. It was neither a scar nor a bruise. It looked like a flower.”