In the early 1990's, I had a "job" watching the computer rooms at my school. I didn't take much effort, either it was nailed down or too old to be of use to the average student. I wasn't required to know anything about computers. Which was good, because I didn't.

One day, a guy who had interviewed for the very job I currently held came in the room. He knew a lot about computers and for whatever reason wasn't given the job. I think he had a relative at the school and it was a political thing. Anyone but him, as show of "fairness".

His sudden appearance set off alarm bells. He was acting oddly, fidgeting with stuff and moving from work station to work station. Since the room was fairly full, it was a distraction. If someone got up, he plopped himself in to the empty chair and fidgeted before moving on. Final, I asked him what he was doing.

He muttered something and turned bright red. It was clear he was both angry and embarrassed. I asked him to repeat himself and he shouted "I'm cleaning mouse balls." 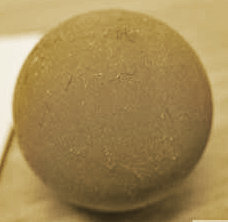