Today was the last day of school. I am on break until July 8th. In anticipation of actually having a break, I have run ahead by one week. I have also decided that the Token of Infi offered last week is only a gimmick and doesn't exactly count towards my goal of 52 items in a year. You will notice that the navigation links are labeled 25 and 25b.

On to the magic!

The Shield of Force is a six side shield. It appears magical and imparts an bonus of 1 to AC. As soon as the shield is used in combat, the wielder will become aware of a pair of secondary powers. Tapping the bottom of the shield on the ground will leave a glowing mark upon the ground, a line five feet wide. This line marks the boundary of a protection from evil and shield spell. This effect will last up to five combat rounds.

The shield may create up to 6 of these barriers per day. If a creature not subject to the effects of protection from evil attempts to cross the barrier, the barrier will lash out at them for 1d6+1 points of damage, like being hit in the face by a large tree limb. When this happens, the barrier's duration will be shortened by one round for every blocked creature. Multiple creatures can rush the barrier in one round.

If the wielder creates 3 of these barriers side by side, the barrier will be a hemisphere. All six will completely cover the wielder with a sphere of protection. When these two functions are used, the barrier is shorter and curved. It extends underground.

This protection will not stop environmental effects such as smoke, fire or water, but can provide a bonus to saving throws vs magic based on the effects of the shield spell.


Now, the commercial. I have a little book called Zero to Hero: Uncommon Commoners, over at DrivethruRPG. Also on Drivethru is my custom character sheet for AD&D and Unearthed Arcana.

Sorry for the poor image. I collect paper and this stuff is a shiney, plastic like material with a texture. It feels great to draw on but doesn't scan or photograph well. I just I don't know what it is or how it should be used.

The Device of Defense has similar properties. When found appears to be a shield, it even comes in a bag. The bag has runes on it that imply that the device is for defense. The loops to hold the shield are just wrong. They are 3/4 of the way up the backside and far too large for a forearm, there is a cross strap that seems to do nothing. The whole shield is nearly 4 and 1/2 feet tall by 2 and a half feet wide. The curve on it covers a full 180 degrees. It looks like someone created a shield from an drawing and never really worked out how one should use it.

When used as a shield, it reduces the wearers armor class by 2. Unfortunately, it is so ungainly that it also causes a -2 to attack. There is no way around this penalty, short of reworking the shield strap which could damage this magic item.

The Device of Defense is actually a protective item that is worn on the back, like a cape. When activated, the user is empowered with the ability to jump and feather fall at will, as the spell.

Unlike the spell, the device ensures the user will land correctly and safely. The effect makes the user so agile and unpredictable, that they receive a -1 to AC. The user can execute charges from a standstill, which provides a bonus to hit along with the liabilities. The user can stop and start the feather fall effect at will, too. This means they could jump straight up 30 feet and float gracefully down at any point of their fall. Usually, this does not allow for a steady platform to attack from and significant penalties would occur.


Now, the commercial. I have a little book called Zero to Hero: Uncommon Commoners, over at DrivethruRPG. Also on Drivethru is my custom character sheet for AD&D and Unearthed Arcana. 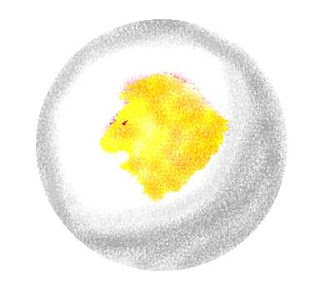