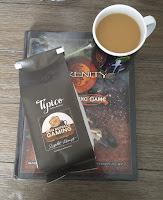 As hinted at before, I am reviewing the 2005 Serenity RPG which was made in conjuncture with the movie. I've had very good luck when it comes to movie-based content, the 2000 Star Wars RPG book comes to mind right away. These things come with glorious artwork, suitable for a film because they are a supporting project for a film.
So, I guess I can ignore the artwork in this one, even though it is particularly good. The reader should understand that this is a work from 2005, the Cortex rules have evolved since then and perhaps this is the only way to get an enjoyable Firefly fix as it doesn't seem like the show is coming back in any recognizable form having been acquired by Disney.
On the plus side, you can watch the TV show on Hulu, which isn't a bad thing to do. 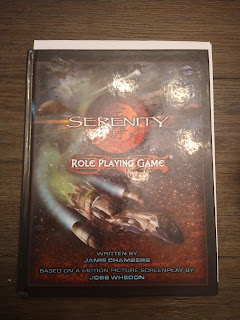 This particular set of rules uses the Cortex system, which is unlike D&D and has some great attributes. It is meant to create characters with a thematic flair, a collection of skills and traits, both positive and negative define the player. Players assign attributes by die, so a strong character has d12 for strength and a weak one has a d4.

One of the gems of this system that is not mentioned in this particular book is the idea of "hitches". It does come up in later versions of Cortex as "a feature, not a bug". A hitch is a roll of 1, which indicates "something bad happens". It's softly defined in this particular ruleset but easily understood that someone with a d4 die is going to roll a 1 more often than a character with a d10 ability, but both will eventually roll a one. It does appear as "botching" on page 143.

Were this any other setting, this soft definition would be a serious problem. However, with the very limited set of live scenarios (14 TV shows and one movie), the concept of "hitches" is hardcoded into this 'verse.

This is like Wash blasting down the canyon trench, only to have the enemy pull up and glide gracefully above the canyon, casually popping off cannon fire at the Serenity. Even a talented person can have these moments. Since they will happen so often, they are not like the evil AD&D fumbled attack roll tables, which are inherently punitive (and stupid). With the softness allowed, a player could come up with their own hitch that the Game Master merely needs to rubber stamp. Players of this game will be those kinds of people to let the rule of fun, evil, irony rule the day.

This book does share a lot of superficial characteristics of D&D 3.5. Full-color pages, great art, a table of contents, and an index. And for Cortex, this is where the rules get their first ding. The order of the book is an introduction to the setting and the character crew of Serenity, followed by stating up the characters, traits and skills, money and gear... and so on. Exactly like 3.5 D&D.

Here is the first ding. It's the wrong order for Cortex and it doesn't have to be. Stats come after traits and skills in Cortex, unlike D&D. You can't assign stats until you've tallied the pluses and minuses for traits and complications. It's not a big deal, but it was irksome to have most of a character fleshed out only to have to circle back to the beginning.

Character generation is relatively simple. You don't roll dice, you pick off a chart like a points buy. It also allows the player to explore a flawed character without that flaw being so powerful that it's an impediment to play. For example, a character may have a complication or flaw that requires him or her to leave no one behind. That's powerful, but not something that would prevent gameplay. There are some dubious ones like "hooked" which is an addiction. Clearly, the author meant to go beyond the Serenity universe and incorporate some harder complications that appear in other sci-fi. It's a very nice system because having a complication can push up stats and positive traits in an easy-to-use trade-off.

Equipping the characters becomes a little dicey because the equipment list contains things that are the properties of the ship as opposed to the property of a given character. For example, space suits.

The second "fault" is the book provides excellent floor plans and schematics of the ships available in the game but then leads with "Aces and Eights", a firefly variant that is not the titular ship. There seems to be no particular order to the ships, so I can't even say, "Well, it's alphabetical". The first time I flipped through, my eyes settled on the Aces and Eights page and my brain balked. For a second, I thought that perhaps the author had never seen Firefly. It's not a horrible flaw... but it is.

The second major ding cycles back to the table of contents and is continue throughout the entire book. There is a lot of quaint, laconic doublespeak in the text. The rule section in the TOC is labeled "Keep Flyin'".

What? Reading 200+ pages where subjects, nouns, etc. are consistently, inconsistently dropped is maddening. It's like reading the Life and Times of Yosemite Sam.

Nathan Fillion is a great laconic double talker, but he uses it sparingly like a good weapon. When he does it, it's in character AND universe. People clearly don't understand what he is saying until they parse it out. By that time, he's doing something they do understand and they react in panic. This is not a good way to present rules and procedures.

Dings and flaws aside, this system beautifully captures the style of the series for a whole host of reasons. Many of the flaws of the presentation of the game revolve around Cortex RPG rules only being a year old at the time of publication and the author trying to present the rules laconically. Remove both of those and you have an excellent 5-star system.

I picked up my copy locally, but you can check out Abe Books to see if they have it in stock: Serenity Role Playing Game at AbeBooks.com.

Alternatively, you could get a pdf of the game but I couldn't find a listing on my favorite site,  DriveThruRPG.

Welcome to this week's Five Point Friday. I haven't been keeping up because so many things are happening around here. Today marks 50 days until we go home. In just 2 weeks, we got new floors, windows, kitchen cabinets and a lot of other stuff.
50 days is going to go fast. My main issue is all of the changes at home. I might have to skip restoring my basement office. That's ok.
My daughter has plans for a rabbit hutch and a reading area. My wife wants the PS4 down there, too. My son Paul's room will be down there.
In the kitchen area, we have a nice table picked out which will be great for homework and blogging. Additionally, we'll have a nice passthrough area between the kitchen and dining room with room to write and draw. We already have the stools picked out. 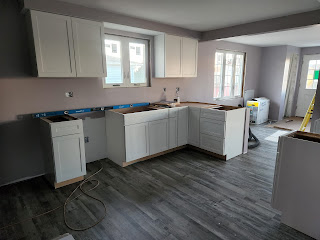 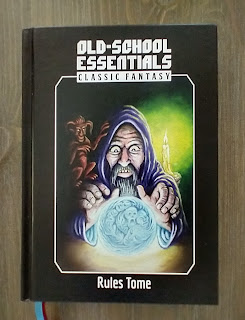 For point one, on the gaming side, I jumped into the Old School Essentials Kickstarter. It seems very popular. At the moment, with 14 days to go, they crossed the $650,000 range. They are deep into the stretch goals but shy of the $800,000 point to do physical dice. They are projecting that the Kickstarter won't make it to that.
Ah, well. Can't have everything. But by sharing their campaign, maybe we can have everything. :)
Just what I need, more dice.
For point 2, I stopped off at Iron Buffalo Gaming for a book and some excellent coffee. I really enjoy this place and they have a great thing going there.
I spoke with the owner and listened as he did an interview with a local news crew. I haven't seen him on the news, I suspect I missed it.
But anyway, I did manage to snap a picture or two of their D&D e5 setup. 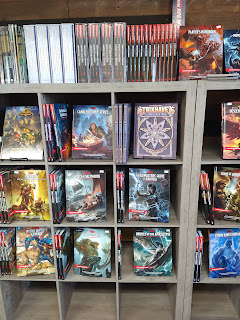 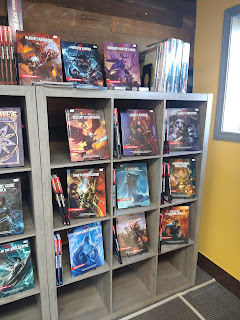 I want my shelves to look like this. We'll see. 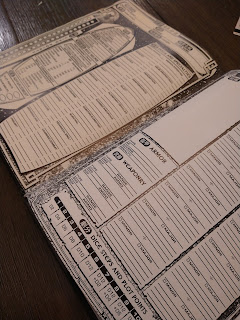 Point 3 is I discovered that Hulu has the Firefly TV show. For some reason the film, Serenity is elsewhere in the streaming universe. Over the next couple of weeks, I plan on watching an episode per evening.
Four. More sci-fi.
I picked up the Serenity RPG from 2005. It looks impressive, I've been reading through it and building characters to work out the rules. I really enjoy reliving Firefly.
My last point is on ads, media, and swag.
I lost my Amazon ads a week or so ago. I'm not sure why. Anyway, that is why you won't see ads for them here anymore. I am still heavily into the Amazon ecosphere, so don't think that just because I don't run their ads that they have bad products.
As a replacement, I have been including Abe Book ads with each book review. Additionally, I have some swag links available. Over on Redbubble, you can grab some great coffee mugs created by me. I am trialing putting ordering information in posts, but I'm not sure that is the way to go. I need to figure out how to present them nicely on the blog.
Another simplification is I have eliminated my Facebook and Twitter share campaign. Redbubble is kind of pressuring me into using Instagram, but I don't use it much. The data doesn't support using Facebook, so flipping to a new platform seems... well... bad. Facebook was good for a while, but it wasn't giving me the returns I was expecting. What I found was, 38% of my readers are coming directly to the blog either by typing the name or using a bookmark. Also, only 4% of my readers came from Facebook and that number is falling.
But... Wow! 38%. That is awesome. If I knew how to get that higher, I'd do it in a heartbeat. But 38% is amazing name recognition for a website with a wacky name.
I am looking at all of my social media accounts and trying to decide what else can go. No matter what, I plan on keeping my MeWe and Dice.Camp accounts running.
Anyway, thank you for reading.
Posted by Phil Viverito at 3/11/2022 12:17:00 PM No comments: