I made a lucky find today at the house. A dozen or so metal Micro Machine Star Wars Figures. I found them in a box in the attic, which probably should have burned to ash but didn't thanks to the asbestos popcorn ceiling we had. 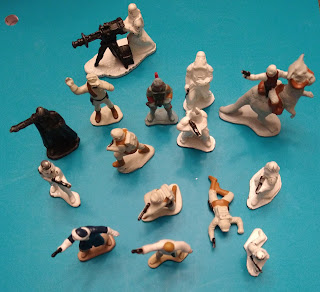 You can see these are from a few different sets. I have a couple from Hoth, including Luke and Han. There is also a single regular Stormtrooper, Vader, and Boba Fett.
There were two figures I didn't recognize in the same box: plastic Gamorrean guards. 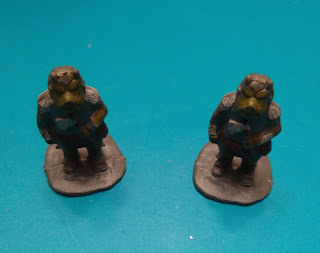 eBay sparked a memory. These are from the 1983 Parker Brother's game, Battle at Sarlacc's Pit. I recall having this one but I have no idea where the rest of the game went. I did not die in the fire, I had lost it long ago.
Anyway, things are moving along at the house. We have windows, a toilet and kitchen cupboards. It's all looking up.
Posted by Phil Viverito at 3/10/2022 09:30:00 PM No comments: