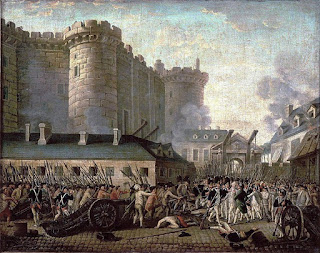 After the French Revolution, the French figured they needed to adopt the metric system because life wasn't hard enough. The French philosopher Marquis de Condorcet said the metric system was, "for all people for all time". He was correct, and  America is the exception that proves the rule.

One of the bad things about metric conversion is, someone has to convert whatever it was you were using to the appropriate metric units and values. In a period without computers, the French came up with a very odd solution. The top hair dressers of the time had a noticeable lack of nobility to pamper, so they were enlisted to do these calculations. Hair dressers are notoriously bad at math and there were so many mistakes, Charles Babbage decided to make a machine to do the math.

Oh, my wife so doesn't get it. My sister found a picture of me from 1985 and shared it with my wife. This was the result: 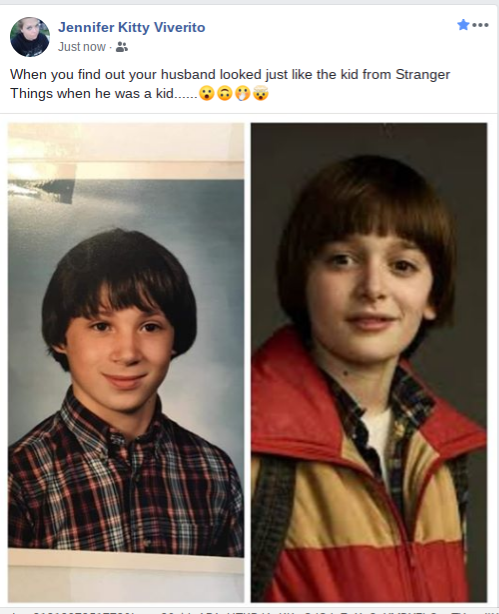 I could have been any one of the kids on Stranger Things. Well, except Barb because I was the DM and if I went missing, someone would have looked for me by 8 pm, Saturday evening.

Molly’s husband asked if they had a thermometer because he wasn’t feeling well. Her initial answer was, “I am feeding two babies because I am their mother, not yours. I am not the keeper of thermometers so you need to go look in the bathroom.”
Several minutes later, her husband comes back down stairs and asks, “Do we really need three thermometers?”
She turned to see him with a glass thermometer in his mouth and replies “You have one in three chance of wanting me to answer."
Molly is now officially the keeper of thermometers in her house.
Posted by Phil Viverito at 2/07/2019 11:39:00 PM No comments:

Destiny evolution to 2 - No love for hunters

I've been plowing through my json file for G+.

Back in May of 2015, my son was playing Destiny with me. He was 9 or 10. In the middle of a mission, he stopped and climbed into my lap. I asked him what was wrong.

I gave him a hug. He asked why it matter if he was Titan. I told him: "No hugs for Hunters." 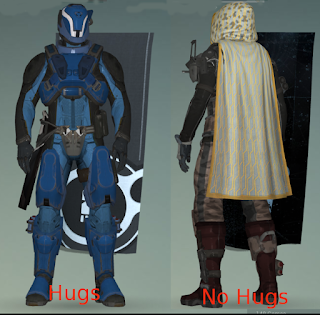 I uploaded a crude screenshot of his Titan and my Hunter to the Destiny Community page in G+. This started my long time habit of heckling hunters in that community.

Now, heckling is all in good fun and I suspect that Bungie had some fun with me and my son. Here is a screencut from Destiny 2.

What are the chances?