Last year, I attempted a raised bed garden. It didn't really have a chance, but this year will be better.

I have a few survivors from last year, a pair of strawberries, thyme, and 3 dill plants. I added purple basil and rosemary. 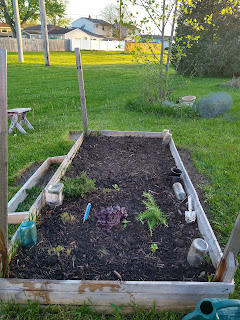 Tomorrow, I will mulch and plant the rest the garden. After that comes some backbreaking work in the flower beds around the house.

I need to figure out a table and chair set for the back. We have really nice lights so we can sit out and play games in the evening. I can't wait.

Good Finds for the Gaming Garden 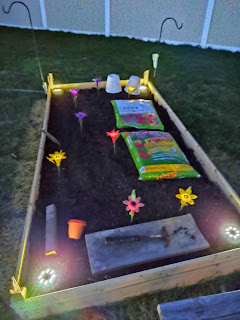 I had epic luck today. I found a bunch of things for my gaming garden.

The flower shaped ones are from the Dollar Store. The really bright ones are from Ollies. I paid about $21 for 13 of them. I have no intention of leaving them in the raised bed, I'll probably arrange them around the hot tub and along the back of the garden.

The raised bed is almost complete, I need to put up a center rail and some screens or chicken wire to protect the cucumbers, tomatoes, peppers, basil and thyme from the bunnies. The goal is canning pickles and gardenia all from my own garden.

I should have done cauliflower, onions and hot peppers, but I am out of space. This bed is 4 feet by 8 and everything that can go on trellises will. The problem is, I have 52 seedlings ready to go.
That is where the garden hooks and random pots come in. I want the herbs to come inside at the end of the growing season, so I'll need to put them in pots. That covers about 12 plants. I figure I can squeeze 24 plants into the raised bed. I want to grow some under the arrowwood tree, which will be another 2. I need to find space for 14 more plants.
I went a little crazy.

In other news, I picked up a great book for a dollar. Swords' Masters is an omnibus by Fritz Leiber including three novels:

He is one of my favorite writers and I can't believe what a great deal I got on this hardcover. The cover is a bit... 80s? I don't know. The stories are better than the cover art, so I'll ignore it. I guess you now know what are the next three books I review will be.

My final find was a length of rope. What adventurer doesn't have some rope? This one is in blue so I don't hit it with the lawnmower. The dog was very excited when I cobbed together a lead for her out of it. She loves being outside and will probably be a part of game night in the garden.

No time. No time!

Time is short today. I prepped the lawnmower, filled the raise beds and stopped at Dragon Snack Games.
It's gorgeous out today, so I'm staying outside. 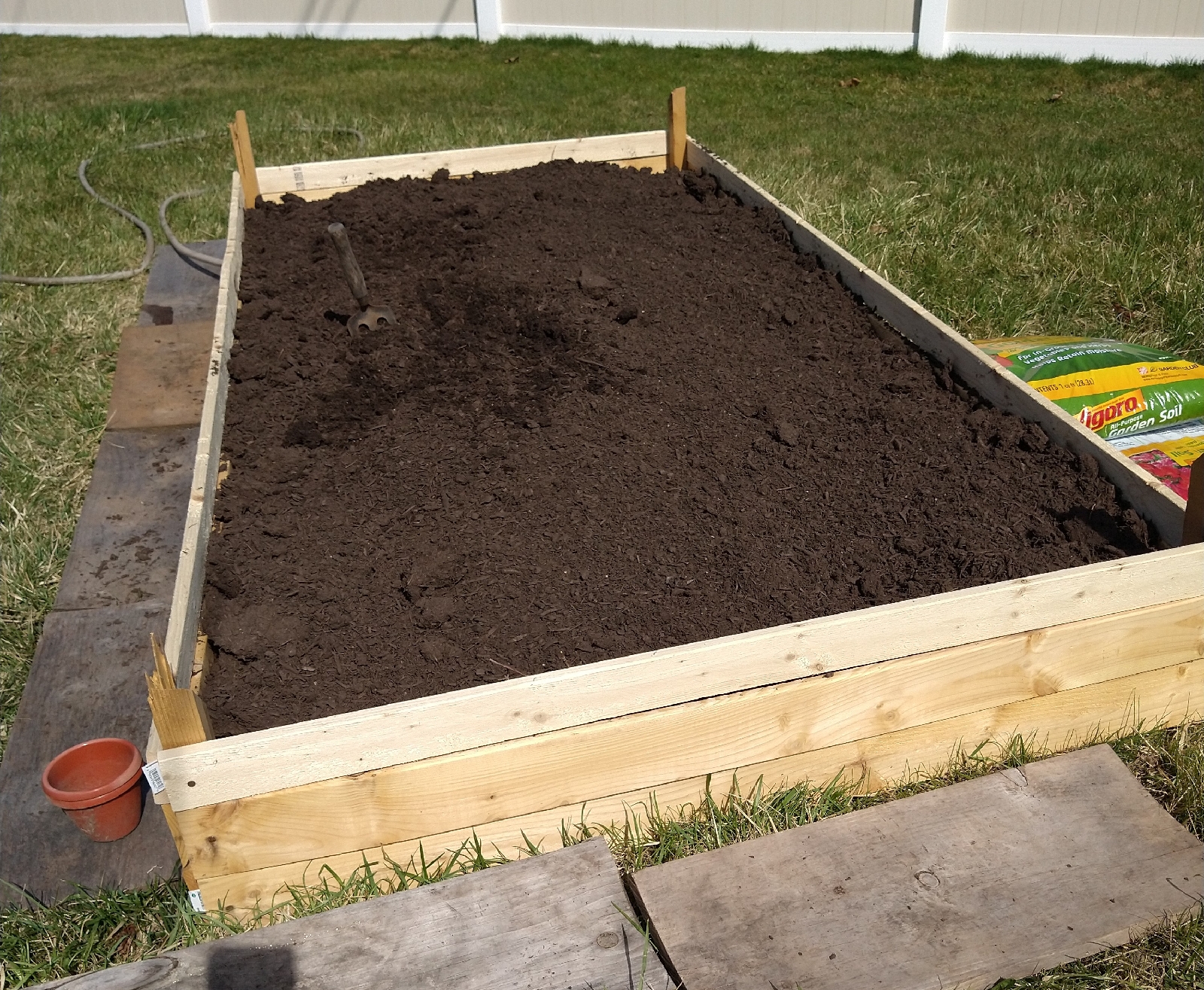 I found a great deal on a lawnmower and with the money I saved, I dropped it all on some gaming products. The chance score were dice for 3 bucks a set. 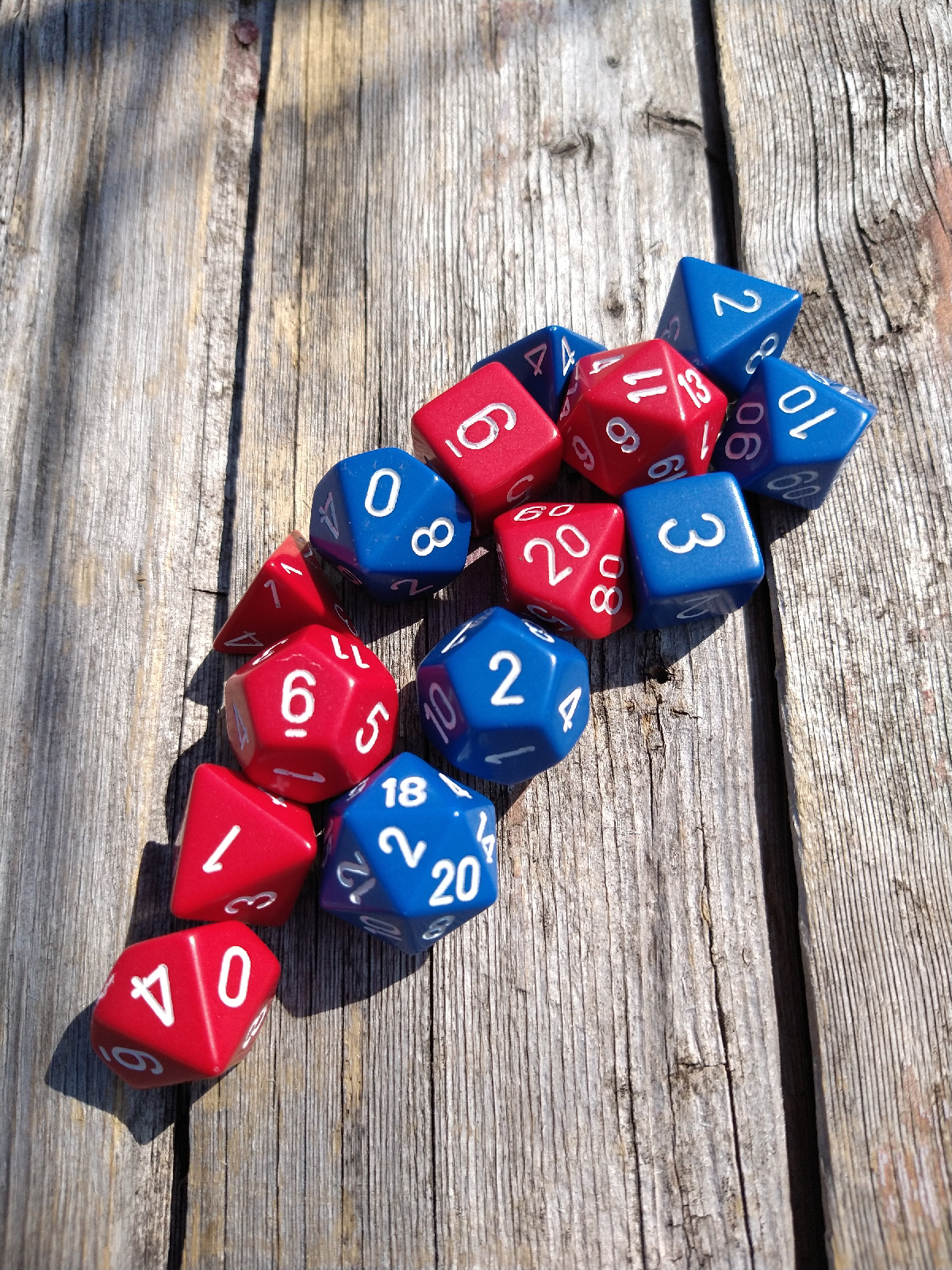 I love the way the look outside. Nice for pictures this summer. 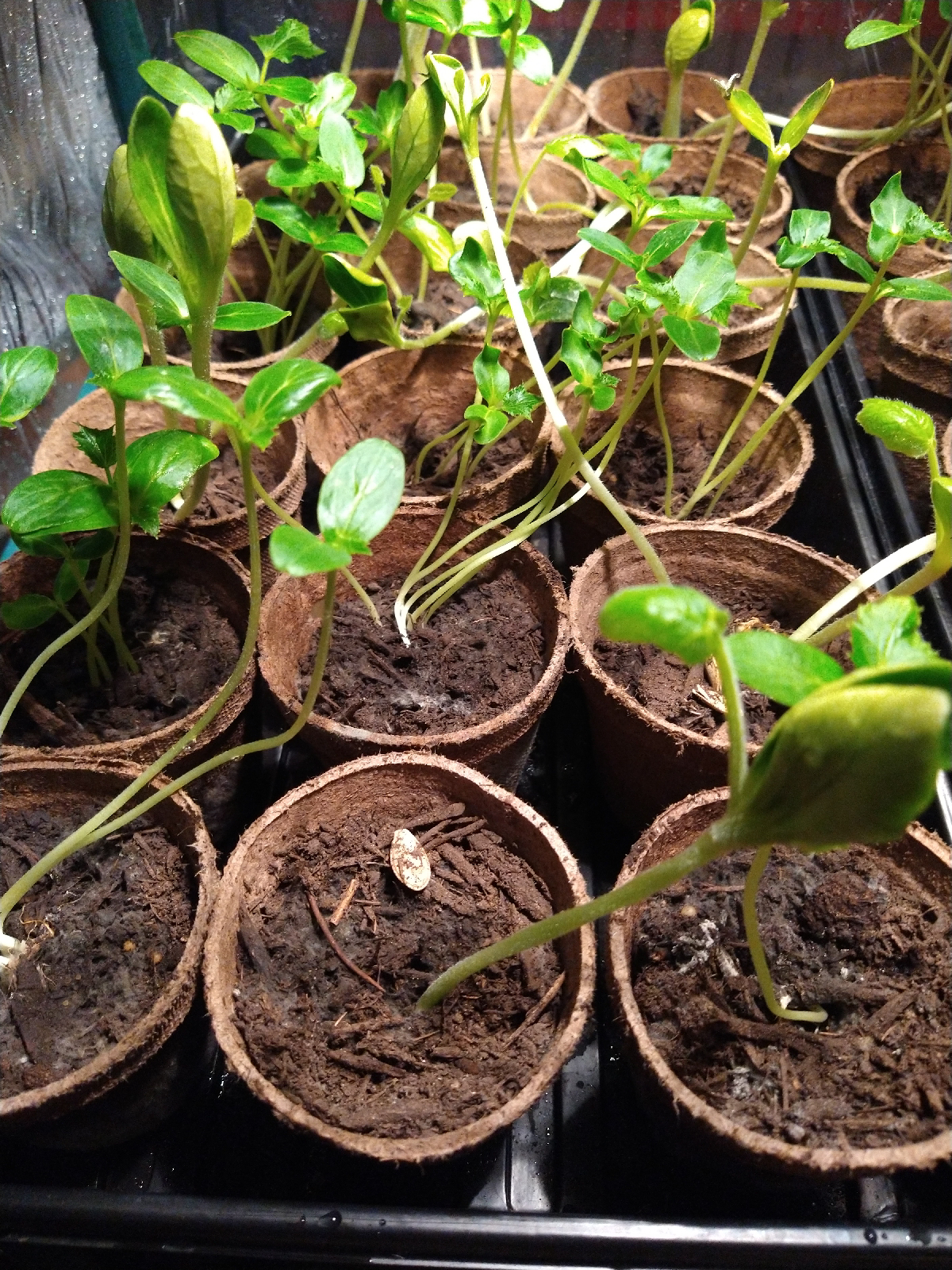 The zucchini and cucumbers are almost ready to plant. I also picked up some tomatoes and peppers. It's kind of late for those, so maybe I'll grow them inside. I don't know. We'll see.
Posted by Phil Viverito at 4/07/2021 03:30:00 PM No comments: 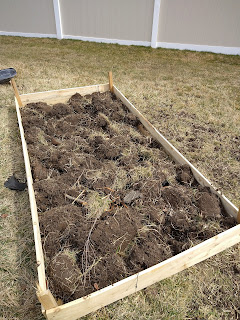 Phase one of the Gaming Garden is complete. My son and I build a raised bed from wood scraps in the garage. It's light pine and a 2x2 cut up for stakes to hold it together.

I busted up a four foot by eight foot section of grass with a shovel, laid down some compost I had from several years of yard clippings. Then the grass went back on top, upside down.

In a week or so, phase two will start up. More layers to the raised bed: soil and mulch. Then I have a month or so of rest before the plants go in. It's like planning a D&D campaign.

Don't let anyone tell you need power tools for this sort of job. Just go get the power tools from the start and save your hands. I regret using hand tools for the whole project. Everything hurts.

But if it makes a nice backdrop for summer gaming in the backyard, it will be worth it. Last year, we spend a lot of time outside and 2021 is looking to be a rebuilding year. No family vacation this year.