I'm not sure if we will get a chance to play over Christmas break, but I want to sketch out a couple of characters for our next session.

First, the players have asked for a few more NPC followers. With the exception of a new cook, I am going to make the party act out the hiring process. Right now the party has 9 low level characters, four of which are NPCs. I don't mind the endless parade of hired help, the players aren't asking that these NPCs engage in combat. Cooks and horse handlers are fine, but I'll push back if they start looking for gladiators or other combat orientated NPCs.

On my side of the equation, I need a few more NPC to flesh out the city of Nace. In our last session, the party chased the elven warband around and the elves managed to slip away. Where did they go in a xenophobic, human-centric city?

They are hiding in the house of Vitus.

Senator Vitus has a couple of connections to the story so far. He is the third son of Senator class citizen. He lives in Nace, but travels to the Capital for his duties to the Empire. As the third son, he wasn't expected to amount to much and was a miller before the deaths of his two older brothers. The oldest brother was assassinated for pushing for manumission of all slaves in the Capital. The other brother was killed in a skirmish with the elves out on the frontier. These two events shaped Vitus.

He is a self-made man, having worked his way up in the family business of milling before establishing his own milling company. He specializes in milling the magical herbs and plants from Nace and is extremely rich as a result. Vitus only employs slaves in his own household on a routine basis, most of his workers are freedmen and women with only a handful of slaves in administrative positions in his business.

After the death of his brothers, he became a stoic, seeking to mitigate the ills of the world in his life. Vitus is a 3rd level monk. He believes that slavery is wrong and a fruitful peace with the elves and dwarves is necessary. This is why he is harboring the elves. He has ingratiated himself with several temples and cults in the north of the Empire and is friendly with several powerful mages in Nace proper.

He is a thorn in the side of the Coven of Ash. They would kill him in a heartbeat, if given the chance. The massive resources of Vitus and his family are the only thing keeping him safe. He has his own unit of assassins for counter intelligence and personal safety.

He does have one vice, alcohol. It isn't much of a vice as he selects a couple of bottles and partakes in them only on holidays until he is roaring drunk. This results a private party where he frees one or two of his slaves. The members of his household know about this and are aware that this continuous stream of freedmen annoys the conservative in the Senate and many people in Nace, such as The Coven of Ash. For this reason, his household will prevent him from freeing more than one or two slaves each holiday. When he is in this gregarious mood, the slaves of the house draw lots. The losers absent themselves from Vitus's presence on these days so they cannot be picked for freedom.

Several years ago, Vitus freed his whole household at once, and the Coven of Ash killed them all. Vitus's response was to target the assassins and personally executed one of the witches himself. Since then, the household has been careful to make sure this isn't repeated as they don't want their freedom to be a death sentence.

My to-do list is to make some peasant type characters for the household and for the players to hire. I need a character sheet for Vitus and his assassin bodyguards. A handful of magic users and clerics should also be generated. The characters will probably ask to meet some of these people, too, given that Nace is a magical place.

Session Updates - Level Up and Kit Up

The party is now in 4 groups. Felix, Felice, Gurwinder and Rona will arrive by wagon my lunch time. Melvin, Jim, Megen, Matilda and Jaime arrived by horse at the end of the last session. Melvin and Jim have gone off to acquire new equipment for Jim as he is now a 1st level ranger. Megen and Matilda are exploring the town while Jaime is getting lunch for the party. The plan is to meet up at Five Tree Hill at lunch time.

Megen, Matilda, Jim, and Rona have all leveled up last session. The players will check out their new character abilities and proceed from there. You can click the link to see the PDF file.

I have also created a reasonable list of provisions in the wagons, as record keeping became a nightmare last session. I believe the party somehow acquired an extra horse. Not sure, but it is now official, they have two wagons, 4 oxen, and 6 horses. The players don't seem to be abusing their character sheets, so I'm letting this one go. They don't need six horses and perhaps don't realize they have that many. It seems they gave Gurwinder a horse to search for the raiders last session, but now she's riding on the wagons like a captain of a fleet of ships.

They'll have a chance to obtain new horses and such in town. The players don't seem to be making a distinction between horses, but by my records, they have 3 riding horses, a medium war horse and 2 draft horses.

As a gag, I plan on firing up my old Mac and letting the players play a little bit of Oregon Trail. That should be fun.

If the numbers seem right, I'll let them obtain provisions like this. They need more Oxen and a few wheels. :) 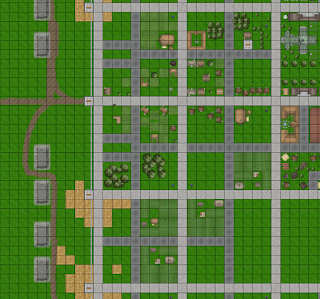 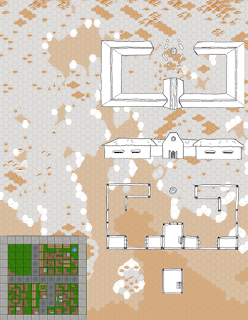