Pageviews were up by 29% over last month. That is cool.

Downloads from DriveThruRPG were weak this month at 18 total. This month, I launched a new character sheet and really anticipated more downloads. Nope. I suspect that the main draw to this group of files is the age and nostalgia, so I missed with an update.

November is typically a rough month for me, but this time I was pleasantly surprised.

I didn't meet any of my goals for last month. I did add a lot of images and such, but not to every post. I did wordsmith a lot of them, but again, not all of them. To be honest, I was wordsmithing like 4,000 words every few days, so I'm sure I hit 50,000 words edited. I didn't do the tabs for podcasts or the blog roll. I did try it, but didn't like how it worked. The blog roll remains unchanged in format, while the podcasts got images. That was neat.

Email ThisBlogThis!Share to TwitterShare to FacebookShare to Pinterest
Labels: Edited, Stats, The Tek 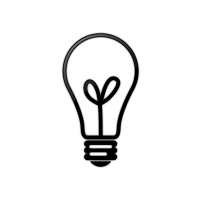 
Stats are down this month by 9.5%. Why? Because I didn't post a lot in the first week of the month, and what I posted was Inktober materials which do not entirely match up with my readership on D&D.

Downloads from DriveThruRPG were stronger this month at 42 total. If I had a $10 product, I'd be golden. Unfortunately, I don't have a $10 product, so I can just be happy over one download a day.

At the end of this month, DriveThruRPG was under attack and my downloads didn't change much. That issue is seems resolved, but it was very fluid for a while. They did a good job protecting themselves (and me) as near as I can tell.

November is typically a rough month for me. If I can hold the line at 750 Pageview, I'll be happy.

New things you can expect this month:


The last is my Rebellion for NaNoWriMo. Instead of cranking out 50,000 words for a novel of dubious quality, I plan to edit tens of thousands of words to improve my website.

Email ThisBlogThis!Share to TwitterShare to FacebookShare to Pinterest
Labels: Edited, Stats, The Tek 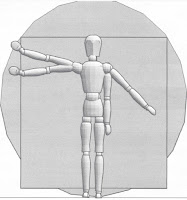 
Ok, this month I am no longer reporting Blogger stats as they are provably wrong. All of my Amazon Stats are 0, so I am giving them one more month before dumping the Amazon ads. I will still carry the "Most Favored Products" as that is possibly drumming up activity for other people.
EDIT - One more stat. I hope to get 750 Pageviews. I really got 1098, which is a 14% increase over last month. I am thrilled with that.
I haven't done stats for DrivethruRPG ads, but they totally cover my operating costs for a year. At $186 and change for a year's worth of referrals, it doesn't contribute much to my bottom line. Nor does sales on my products, which is about $23 a year. I've had 551 downloads over the same time period, so that works out to 4.1 cents per download. This is great considering I don't like to host my stuff.
Now, throwing it back on me. Can I come up with a perfect product that I can sell for a specific price? That is my intent by December 2019. If that pans out, I will probably rework many of my prior products, expand on them, and offer them for sale. The originals will still be PWYW, but going forward, I plan to create items of worth (even if lowly worth) and start selling instead of using the tip jar method of PWYW. I will never completely step away from PWYW, but I'd like to have some products with very high production quality. I feel like I am getting there, but still need to refine my work to get there.
Just so the reader is aware, I post on the last day of the month. This means that some stats are low by a few hours. I update them later as the final results are in. For example, in August I said I had 1003 page views. In reality it was 1006. That is too small of a difference to matter, but I updated it. These slight changes are not too offensive to me. The point of this data is so that other bloggers know where they might be in relation to something or other or me. Sometimes, you aren't as small time as you think, which is great to know.

Email ThisBlogThis!Share to TwitterShare to FacebookShare to Pinterest
Labels: Edited, The Tek


I feel great about the Google Analytics numbers despite being less than a fifth of the Blogger numbers. In looking at what I did this month vs. other months, I believe that I have some insight into why the Blogger stats are so high.
I suspect that if something is a clickable element, say an ad or a picture, and someone views a page that contains those things, it will count both the post plus those elements. So one post with an ad and a picture counts as 3 page views.
My behavior this month has radically changed. First, I pulled in posts from 3 other blogs and made them live. There were 70 blog posts this month, an average of 2.25 per day. That is atypical for me and cannot be sustained. Also, I made myself post an image for every post. And finally, I added several new ads to the site. You can see the DriveThruRPG and Amazon ads down the right column, plus the Sponsor Ads tab for Audible and Amazon Prime. (If you can't see them, you have an ad blocker turned on, which is fine.) 5,593 pageviews as measured by Blogger in this context make sense. Analytics is also filtering a lot of garbage out, such as spam views.
So, what do I think I know? I think I can sustain a viewership of 500 sessions and 1.5 pageviews per session, so I think I can hit 750 pagesviews per month. So that is next month's goal.
I am now reviewing Amazon ad data. It might not be worth having any ads outside of DriveThruRPG.
UPDATE: On September 1st, I caught some data which might be enlightening. Analytics told me I had 30 pageviews across 9 different landing pages. Blogger said I had 60 views on ten different posts.
In looking at each post visited, I get the following numbers;
10 posts,
15 images,
38 ads or banners.
That's 63. Too many.
BUT when comparing landing pages to post views, I see that one post was in yesterday's data set according to Analytics. So, 63-4 is 59. But wait. There is one post that is a duplicate of an ad that appears on the right-hand side. +1 for 60!
I am now satisfied that blogger is counting every loadable element as a "pageview", while Analytics is counting the code where it appears, which is the post level. It doesn't add up entirely, but I am sure this is correct.

UPDATE Jan. 12, 2020. I've decided to add some images of my Google Analytics to this post.

Email ThisBlogThis!Share to TwitterShare to FacebookShare to Pinterest
Labels: Edited, The Tek 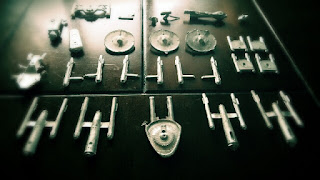 2. Miniatures are available at their online store and from Mongoose Publishing in the UK.
3. There are a pair of forums at their main site and a subsection on the Federation Commander Forum.
4. e23 sells over one hundred ADB products in pdf form, as does DriveThruRPG.
5. You can play online at SFBOL.

One of my favorite games is Federation Space. My next favorite is Star Fleet Battles.
Posted by Phil Viverito at 6/13/2012 02:29:00 PM No comments: