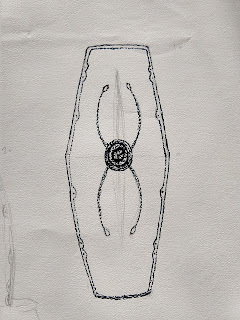 Shields lower AC by one in D&D. Or if you like the other kinds of AC, they are a benefit of one. I don't know why people do this THAC0 or ascending AC. It totally invalidates the statement: "contains 36 illustrations, tables, and charts".

There is a historical reason for descending AC for those over 50 or so. Back in the 50s and 60s, math education changed methods, to "New Math" which is conceptually different from what was taught before. Chances are, if you are under 55, you know nothing but New Math where descending AC doesn't make sense. Older people learned the other way. Ironically, someone reskinned the song "New Math" by Tom Lehrer with My Little Ponies. It makes it look like an objection to Common Core as opposed to what was taught 50 years ago. Click the link and you'll see what I mean.

Anyway, shields represent a benefit to the holder in all versions of the game. The basic idea is someone has a plank between them and someone with a weapon. It makes things difficult for an attacker.

I have noticed there is a tendency to homebrew rules to make shields less effective, usually by breakage or sundering them. That's cool, but shields are more of a benefit than consumable. I don't discount the whole "sunder shield" school of thought, but I find spending time reducing a one-point or number difference in effective protection to be misguided.

If you are willing to accept that shields can and should be smashed to bits, then let us consider making shields more powerful. 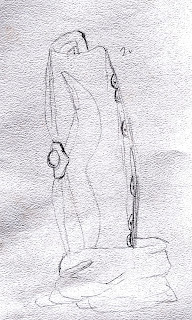 Let's look at what a shield does. It blocks incoming attacks from many angles, and the shield can be used to block or push someone around. D&D gets blocking right and this is also where people become inclined to say shields can be smashed apart. Having sparred with a shield for years, that is very unlikely. It is more likely that you will have the shield ripped from your grasp.

The second part is pushing someone around with the shield. This is actually fairly easy to do, people naturally avoid having something pushed into their face so they move away from it. Add in other natural barriers like walls or furniture, and you can see the obvious advantage of moving an opponent around without touching them. Let's ignore the idea of actually shoving with a shield for the moment.

In D&D, there is this basic idea of a "Fighting Man", which can be extended to Clerics, Elves, and Dwarves. These are the guys who get to use shields. Everyone else in Basic D&D either doesn't get a shield or sucks at combat.

I have a house rule for shield use by people not trained to hold a shield. They hold it in two hands and it gives them a -2 to AC. It is "effective", but they have the thing in front of their face, they can't cast spells, hold a weapon, etc., all of which is the definition of not doing it right. It amusingly ties up an opponent in combat that one cannot win. It is a stalemate until a friend rescues them.

So if that is doing it wrong, what does doing it right look like? Holding it one-handed so you can stab someone in the face with your weapon.

Going back to hoplites, they added in the idea of a phalanx. There is a wall of shields with a pokey bit sticking off on the right side and the left side was a wall of shields. In fact, castles and towers use this concept. The stairs spiral to the left when viewed from the bottom. The attacker's shield is on the left where all of the free space is and their weapon is stuck up against the right-hand wall. It's like having a phalanx without the extra people.

Here is the entry point for changes to combat. We don't want to change the shield's basic advantage of one, I would like to do something different which also supports smashing shields.

When two or more Fighting Men are side by side, the guys on the right can't be flanked because their shields are in the way. The guy on left can't be flanked because his shield is in the way and the guy to right also has one. The only way to go through is around the far right end where a weapon is waiting. This is a strong advantage without modifying the basic shield rules AND also gives good reason to try and sunder.

Under these terms, Fighters, Clerics, Dwarves, and Elves can guard a friendly's flank when fighting side by side. I'd qualify that a tiny bit more. Fighters and Clerics can guard any other Fighting Man's flank while Dwarves and Elves can only guard other Dwarves or Elves' flanks. This is due to the physical nature of Dwarves and Elves' fighting style. Dwarves are short and stocky while Elves tend to cast spells in combat. So it makes sense that Clerics and Fighters can fight side by side with any except Elves and Dwarves and have an advantage. Clerics and Fighters are trained to guard the flanks because it's the only good trick they have. The dwarves and elves get an advantage by having these guys next to them, but can't extend the same.

This makes shields wildly more advantageous, while not messing with the AC value of the user. Not being flanked with worth so much. For example, you can't be backstabbed and if one Fighting Man flees (not a fighting withdrawal), then the other eliminates any bonus to strike at the one who took flight. The attack still can land but without the bonus, because someone stuck out a weapon or shield to hamper it.

It is all very situational without modifying AC or causing extra die rolls (except if you roll for sundered shields).