The Best Thief Ever Rolled...

I said I wasn't going to create characters for the 31 day challenge back in this post here. Then I posted a list of 20 sets of die rolls for other people to use for characters.

Well, tonight I got bored and started plugging in stats into characters. So shoot me. I lied.

My method was from the original red box rules and I assigned stats in the order I rolled them. I started with clerics and went through every character type in order, one block of stats for each. When I got to the end, I started over until I ran out of statistics.

The red box requires certain stats of 9 or better with a few exceptions. Clerics require a 13 in Wisdom while Thieves, FIghters and Magic Users have no required minimum stats. Every character type benefits from having one or two high stats for a better return on experience. Prime requisites kind of exist, but not really. 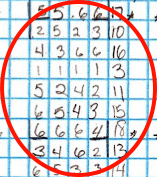 When I made this list of die rolls, this one jumped out. It's the only time I ever recalled rolling four 1's in a roll. Then I thought how bad it would be to have this set of stats. As luck would have it, this block of rolls was assigned to a thief who has no required scores. I cocked my head in thought.

Oh my god. He exactly the thief that you don't want in your party! He has high intelligence, enough to look down on people. He is charismatic so he can lead people into harms way. His constitution garners a slight bonus to hit points, hopefully enough to get out of some horrible mess he is bound to create. 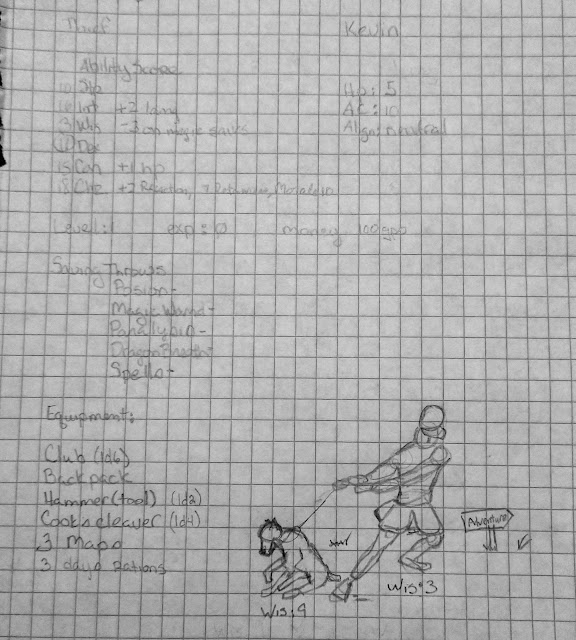 If you give a handwave to his backstory, he has a ton of gold because he stole his gear from mom and dad. He has some vaguely weapon-like implements from the kitchen and backyard plus handfuls of gold to lead his associates astray with promises of more. Of particular note are 3 maps his dad had in his chest of drawers. Obviously, those must lead to treasure even if they are clearly standard maps of the Kingdom, the County and the Capital. What trouble could that be?

Obviously, the surviving family dog's wisdom is just high enough to not to want to be a part of this.

This guy was rolled to be rolled.