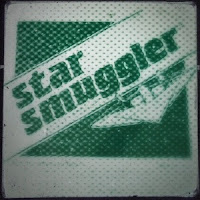 One of the nice things about Star Smuggler is the designer thought to make the game extendable. If you have played the generic game too many times, you can add in r208 Random Star System Connections and r209 Random Star System Design. This totally changes the dynamics of the game by presenting opportunities you ordinarily wouldn't have in the vanilla version.

In using these two systems, I rolled up a new version of the whole star chart.

Regari, the starting system, now has two planets and asteroids with a space station. This is a total game changer because the second planet has twice the destinations. I also pulled out my cutting mat to use the grid to help mark out distances. 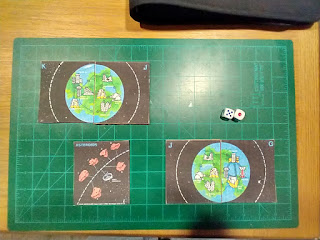 This is so handy and I wish I had thought of it before.
It also gave me a rule-busting start scenario. In Star Smuggler, there are multiple series of events that lead to Duke losing his ship. The rules don't indicate a loss, but the question is, can you survive long enough to get another ship?
I suspect the answer is "yes" because, with the loss of the ship, you lose the weekly clock of payments and the associated money drain. If this happens late in the game, you have a nest egg to work from. You only need a few things to make stuff happen:
A Hopper,
An Engineer,
A Medic,
Repair Units, Life Support Units, and Fuel Units.
The total cost of these items, assuming you have none to start is between 940 and 1240 secs. Once you have these base items, your goal is to get to the Ruins. There you can pick up Bots, Skimmers, RU, and maybe another Hopper. The primary goal is to get that Hopper for free. 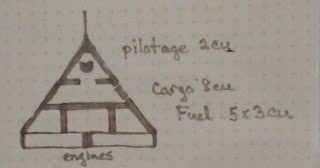 Once you have a second Hopper, you need to hire another Pilot and a pair of Gunners at a base cost of 50 a week. Utilize the cache rules to preserve your finds in the Ruins. Don't forget about the Orbital Shuttle event that allows you to move 50 cu of goods in a single hour. It's a great way to clean out that cache.
At this point, your crew cost is 65 a week. If you go whole hog, that is 65 per owned Hopper. That's a pilot, medic, engineer, and gunner per ship. You'll be making bank in no time, especially if you utilize the game-breaking scenario of multiple Hoppers with guns. You can actually become a pirate, using the Hoppers to strafe ground targets. Sure, you're wanted but the major drawback to being wanted is losing your ship at random... and you don't have one of those. It's entirely possible that your fleet of Hoppers could gun down even full size spaceships.
In order to cut down on the rogue pirate theme, you could make orbital shuttles available. They are basically double-sized Hoppers. I have designed a small layout of one: 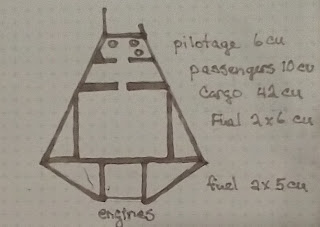 The cargo area is a bit smaller than what the rules say, but I tacked on 10 cu for passengers, 6 cu for the crew in pilotage and tons of fuel. I would price this thing out at 3 times the cost of a Hopper, available when a Hopper is. This ends up being 2700 or 3600 secs., base price. An orbital shuttle is big enough to generate it's own life support like a full sized ship, but the trade off is there is no good place for guns or turrets. This gimmick is there to prevent that guns blazing trope.
My final modification is to jump right to the shipless gameplay. For whatever reason, Duke doesn't start with a ship. Maybe the financial market tanked, or the ship he was offered looked nothing like the Serenity, or it was purple, or whatever you want. In this scenario, Duke never had a ship or the associated costs. So let's give him a Sidearm, the U-suit and 4d6x100+150 secs. Let us also change secs. into dollars, so I don't have to keep typing that annoying abbreviation.
Duke starts out at the Spaceport with a maximum of $3650. He does not have a ship, Hopper or anything but the U-suit and Sidearm. Now, he needs to make 32 times what he has to buy an Antelope outright. This should be completely different.
I haven't done a commercial in a while, so I figured I try something different. Over at Redbubble, I have a collection of Sci-Fi themed goodies. I have notebooks, pins, stickers, clocks, mugs and more. 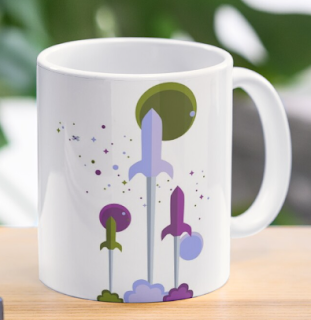 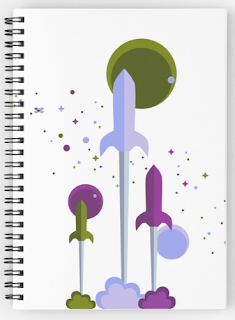