The One Shot Idea

I'm not good at creating one shots, however my reading activities have sparked an idea and an urge to do so. Not exactly a one shot, but series of them where the characters names remain the same but the skills and perhaps players change.
At the beginning of 2020, I started rereading The Damiano Trilogy by R. A. MacAvoy. It's a historical fantasy about witch who finds adventure galavanting around Europe in search of his heart. Its pretty standard fare for early eighties fantasy, swinging from super light to moderately dark concepts. Clearly, the 90's antihero was not yet in fully realized, but these contemplative stories had the kernel of the idea gestating a decade before.
At about the same time, I purchased Aquelarre Breviarium. I got the Spanish Language edition, so it's been a slow slog for me. But from the character descriptions, it seems like this rule set captures the ideas of the Damiano series very well.
Aquelarre takes history and morphs it into a playable system. Characters don't have classes, they have professions. There are no races, there are cultures.
Damiano, the titular character could be a couple of different professions, however the Trilogy breaks the character into different phases or evolutions throughout the series. This is fairly neat for a character in a game because each aspect is divorced from the others except for the name.
The lengthy list of professions are well suited for dealing with not only the main character but also the associated secondary characters. I could see doing a series of one shots where the characters from the books display one profession per session. The names stay the same, but the professions change. Therefore, if the players change for each one shot session, no one cares.
If you like you can pick up Aquelarre in English via DriveThruRPG and The Damiano Series from Amazon.
Posted by Phil Viverito at 1/03/2021 08:00:00 PM No comments:

I've been reading a lot. I have a series of novels I'd like to review. I am also trying to combine my Kindle and Moto G Stylus phone so I can post more frequently while on the road.
I have two books to read and 7 that are done. I'm making a list by screenshotting the covers on my Kindle and loading them up via my phone with the Blogger app. One of my issues with Kindle is the poor imaging handling. People pay a lot of money or put tons of effort into having the best of the best, only to have Kindle regulate it to a see once cover or a tiny image that doesn't play nice with the software.
First, up on the completed list is a set of books by Rick Wayne. The Minus Faction series is an incredible collection of stories that build to a world breaking peak. Exactly how I will review this is beyond me. The stories build and build, so reviewing one might spoil others. I don't know how to handle that. I'm sure I'll figure it out. 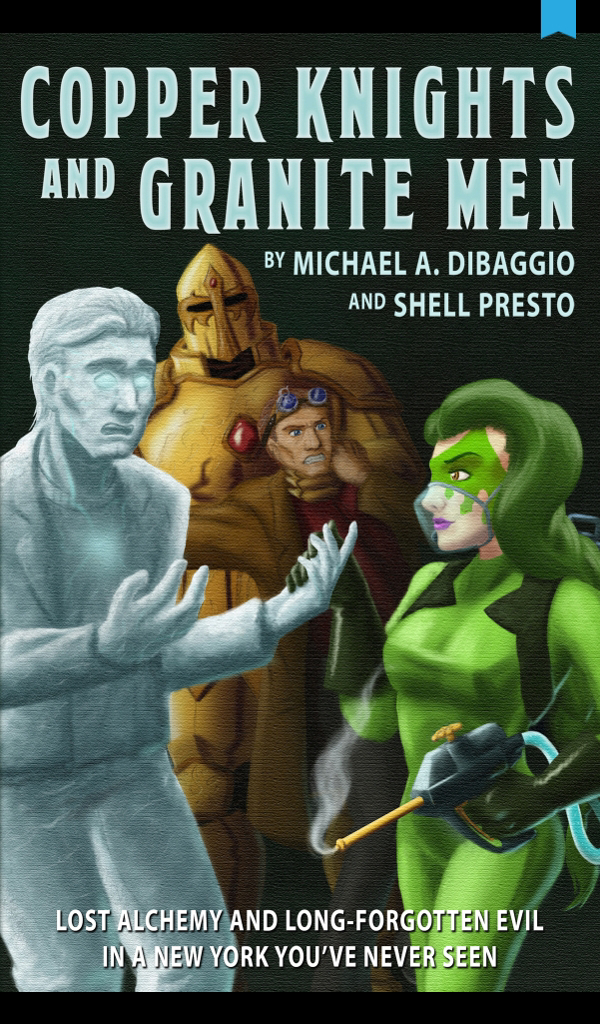 Copper Knights and Granite Men is by Mike DiBaggio and Shell "Presto" DiBaggio. This husband and wife team are dynamic duo of artist and author. Previously, I reviewed Population of Loss. It was an excellent read. Mike and Shell also caused me to update my own book, Zero to Hero: Uncommon Commoners. I didn't list Illustrator and Stationers among the professions.
The Feast of Shadows series is next to read. I've only read the reviews and it looks great. 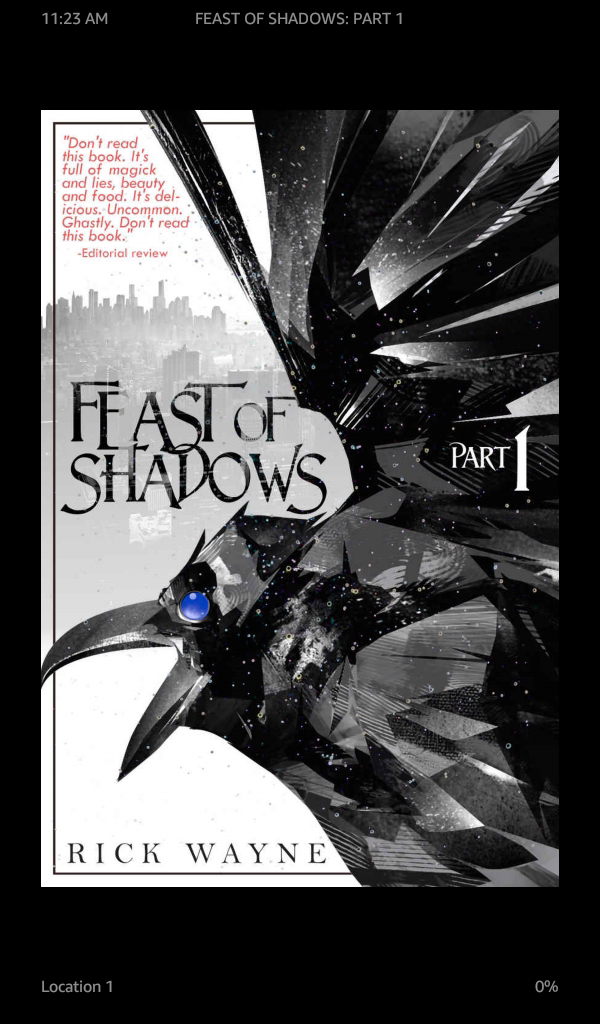 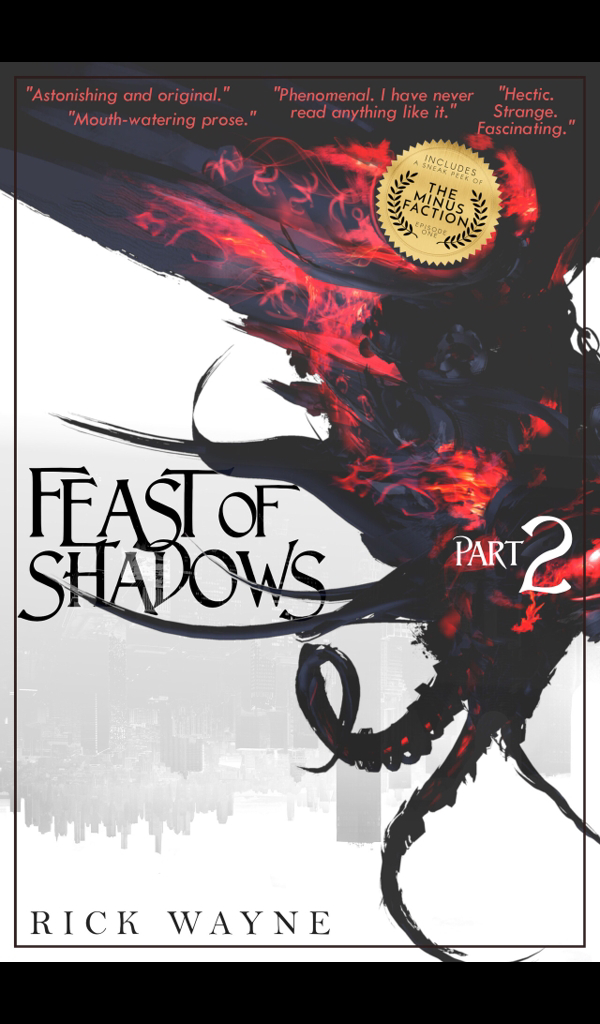 Tech notes: One of the glitches I have encountered is my phone and Kindle don't sync as quickly as I would like. In the Blogger app, there is no good way to cancel out of selecting an image. Deleting incorrect images is also an issue. As you can see below, I picked the wrong file. 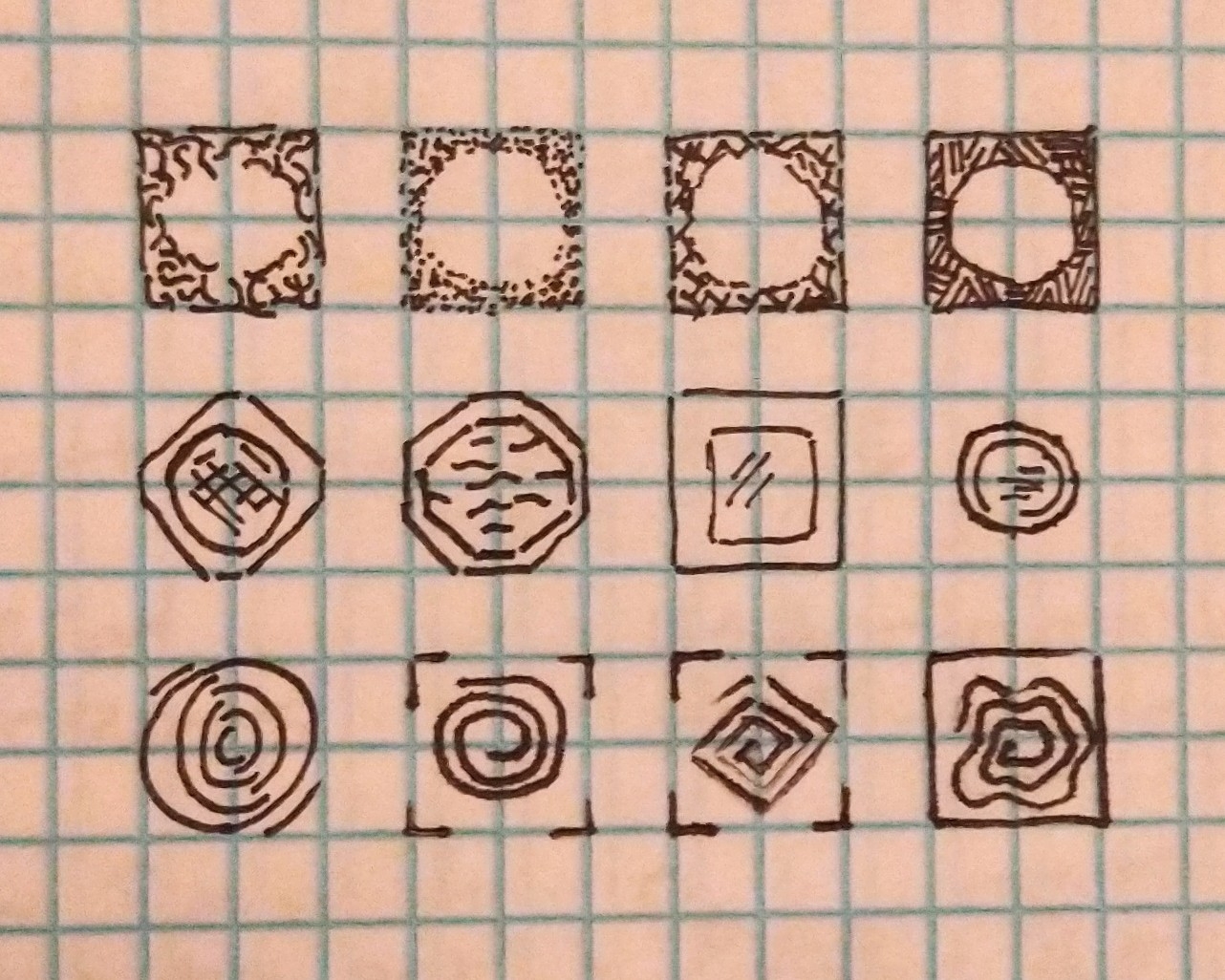 I have 10 days to read and none of my classes have textbooks. So I picked up a bunch of books from Amazon.com. Each link below, except Aquelarre Breviarium is an ad which supports this website.

The first two are The Minus Faction series. Breakout has 4.7 of 5 stars. It seems to land someplace between thriller and superhero novel. 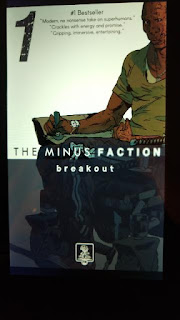 I do love serialized books, because they tend to be quick reads. Crossfire is the second in the series. Both books' reviews often call them page turners, so I hope to knock them both out this weekend. 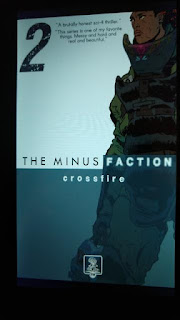 Alastair Reynolds'  Permaforst is another thriller, which seems different for him. It includes time travel, which I also like. Reynolds is often a hard sci-fi writer, so I want to see how he handles it. I love all of his shorter works and have reread many of them. This one is a novella. 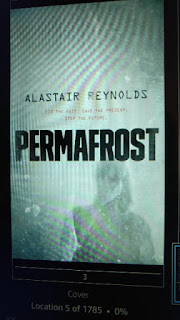 And my long slog of reading is Aquelarre Breviarium, the classic Spanish roleplaying game. This one will take awhile as I can read Spanish, but never read anything of this genre. You can pick up the PDF from Nosolorol. I found it hard to find on their website, so the link goes directly to the PDF's page. 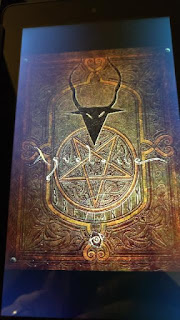 What To Do With My Summer...

No vacation is in the stars, this summer break. So it's time to read.

I picked up a copy of Forge of God by Greg Bear. I love his characters, they are rather plain and unexceptional, even when he tells the reader they are exceptional. It's the big ideas that drive his books. 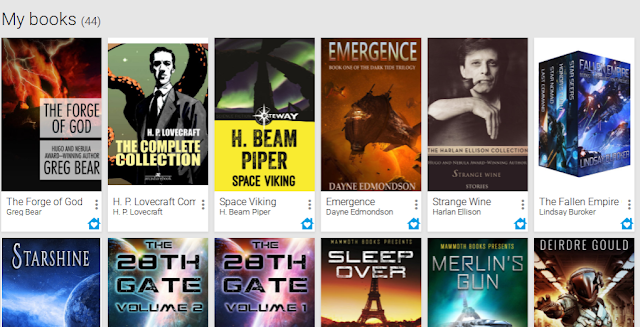 Over the summer, I plan on populating that weblog of choice websites to read. I have a ton of books to get through over the summer, but reading blogs really helps me connect with the "here and now", even if it is someone else's "here and now". I love seeing other perspectives on life and writing.

First up is Michael K. Ferrante's I'm You From The Future! Mr. Ferrante's is a budding hard science fiction writer, he is always full of great ideas and new perspectives. The first selection of his that I have read is "Introducing Smitty". It is one part character study and another part establishing shot. The main upshot of the piece is Mr. Ferrante's study of the concept of a church-like entity to distribute live extending processes to all, in an equitable fashion.

If this doesn't scream "here and now", what does? 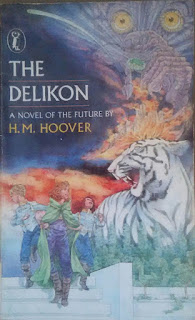