Down for the Count - Stunners 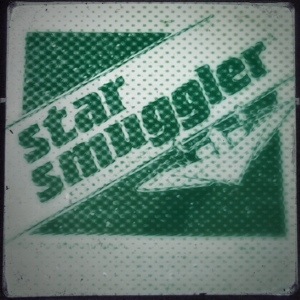 It's finally happened, I got nailed with Covid. It's perhaps a mild case, as there are times when I feel ok and other times when I can't even stay awake.

So what to do with all of this enforced time off?

Star Smuggler, of course. The game is free from the link, just don't redistribute.

I want characters to have a stunner. It works like a sidearm, except if you hit the target they are stunned for one round. If they have already moved or shot in the round, there is no effect. They can move and fight in the next round automatically.

Continuing with the sidearms rules, if you roll a 6 on your to hit roll, it is critical and requires one more 1d6 to be rolled. If you get a 1 or 6, the target is knocked out for the rest of the fight. Shooting into melee is possible, but just like sidearms, you can hit your friends with the same stun effects.

A stunner does no damage to non-living things, which makes it U-suit, robot, and vehicle safe.

There is a heavy version of a stunner, the only difference is it can pass through U-suits. Not damage them, but pass through as if they don't exist. The heavy stunner is operated exactly like the previous entry. If a heavy stunner (and only heavy stunners) is fired at or through a personal force shield, both the force shield and the stunner must roll for breakdown. Heavy stunners don't work on armored targets, this is the upper limit of the technology. They don't blow holes in things, which is their advantage.

Stunners cannot hit people inside a vehicle UNLESS the target is shooting out of the said vehicle. I suppose you could make some fun rules for if that person topples out the window, but I would leave that alone. In a solo game that's too much detail.

Stunners are available when you make a roll that indicates sidearms or heavy sidearms are available. They cost the same as their lethal equivalents. They have the same range of tech levels. Anyone can use a stunner, but only Duke, Gunners and Bodyguards can use heavy stunner. This means you can have armed Drivers and Medics.

There is an electronic version of a stunner called a scrambler in e18. It forces a breakdown if it hits a vehicle, robot, etc. Normally, this device cannot be purchased.

I have not figured out a reasonable modification for a hand-held melee stunner. Hand-to-hand is a different mechanic, where every odd-numbered positive number is a hit. Rolls of 7, 9, and 11 do something special such as KO a target or disarm them. Hand-to-hand is an odd beast because you hit on odd results, but the character can have even or odd skills and modifiers. My COVID-addled brain can't handle the math.

It's simple enough to be confusing. I guess you could flavor hand-to-hand combat by simply assuming that people have access to hand head stunners, which accounts for all of the knockouts in melee. I'll think I'll leave good enough alone.