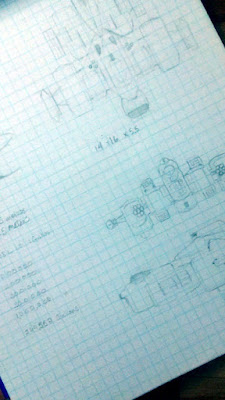 Wayback in 2011, I created my first blog. I was unsure what to do with it, and by the time I let it go, it had been through many transitions. It was for art, music, games, travel and writing themes. By the middle of 2015, I let the whole thing go and Pretender to the Power became an Italian Shoe Outlet site.

That was disheartening to see my old site taken over by an outside company. And for shoes no less. The cost of repurchasing the site was out of the question. This year, I noticed the shoe company was gone and was able to repurchase the site at a very much reduced price of less than $20.00.

Having realized that this name and site meant so much to me, I decided to give it another go. I am now the happy owner of 4 websites. Each one has a different theme.

This site is my virtual notebook, containing items I write for fun and possible profit. I'm a long way from profit.

The title comes from a novel I wrote as a child. It is horrible, so don't expect Pretender to the Power to appear here. Working titles are: