Well, I am trying to put together a Patreon Campaign. Patreon is a great idea, but realistically, it is a one stop shop for pulling together some sort of Campaign or major production. No one is there to just fork over money so you can "do some stuff and things".

I don't like the tier system, because assigning items/rewards to tiers is a bit wonky if the items don't have a 1 to 1 correspondence. Ok, I'll have to think about it. But what does someone get for a couple of bucks?

A city. Not a module, or a game, but a place to have their characters live in. 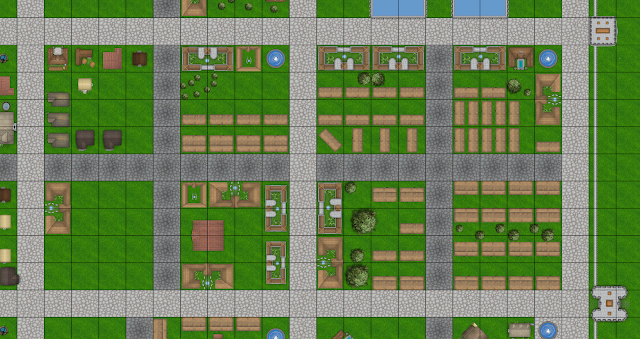 I have this great software called Worldographer from Inkwell Ideas. It produces maps like the one above. It comes with a license so you can use in commercial works. That ok, but it's someone else's art work. As a starting point, it's ok.

What comes next follows that person's work. As I look at these little icons, I start to think of how each one appears on the outside, from street level.

That image is how I picture those large villa structures on the upper right side of the map.

And of course, since I have the street view, I can easily image in the interiors. 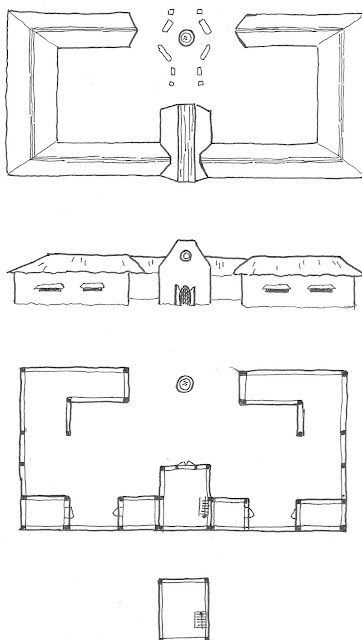 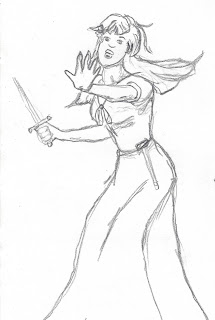 Interiors give way to "who lives here?", which leads to character art and sheets. That I can do.

How would it look?

I would like an atlas feel, so that each of the facing pages reference each other. On the left page would be the color mini-map, a sketch and a hand drawn interior map of the structure.

On the right side would be a character sketch, a description and a character sheet. It would be very simple to rework the page so that the mini character sheet could be removed and replaced with more text for details of the area. Simply put, one would be D&D based while the other would be rule set agnostic.

I find myself naturally doing this as a part of the process of building my campaign. This one city will have 64 blocks or insula, so at a rate of two a month, I have a functional Patreon page for 2.6 years. Possibly more were I to branch out and do other themes, rule sets, etc.