My wife replied "Yes..." and cracked up. They put the top sheet on the top bunk and the fitted sheet on the bottom bunk.
Posted by Phil Viverito at 11:07 PM No comments:

Five long years ago, I quit my technical support job. I couldn't do it anymore.
Me: What seems to be the issue?
Woman: My monitor is broken.
Me: *click* No, it isn’t. It’s just off.
Woman: Yeah, that’s the problem. That green light is bothering me and when I press that little button, it turns off. The problem is, when the green light turns off, the monitor stops working.
Me: That is the power indicator light. It’s on when the monitor is on…
Woman: Yes, you understand!!! No one else understood the problem.
Me: …
I am very happy where I am now.
Posted by Phil Viverito at 11:53 AM No comments:

Posted by Phil Viverito at 1:00 PM No comments:

All the right things, in three parts. Item one.

I was on the hunt for a book last weekend. It has been so long since I bought a physical book. We ventured out to Barnes and Nobles and I tried to find something I would enjoy. As tried to browse, the kids were hounding me for books for them. I couldn’t say “no” to them and said so. I blew double what I budgeted for my book and I was lucky it was that little.
I seem to recall a trip to a local five and dime called “The Tec” on Main Street, where my parent’s had this same conversation with me. My dad said “I can’t say no to a book for you.” There was no mark language back then, but “for you” might as well have been underlined and bolded.
Somethings are important. Instilling a love of reading in your kids is one of them, and I am glad that my parent’s gave that to me.
Posted by Phil Viverito at 1:00 PM No comments: 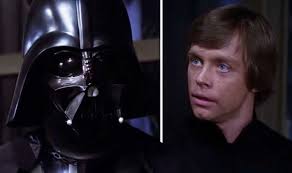 I howled: "What the hell? That should be James Earl Jones!"
Posted by Phil Viverito at 10:59 PM No comments: