I've written hundreds of posts about Star Smuggler. One thing I glossed over is the combat system for spaceships. I was hoping that you, the reader would download it and try it for yourself. It really is an ingenious system.

And not entirely appropriate for this game. As the title of the posts says, right name, wrong game. There is a flaw in this system which could be a typo or perhaps something intentional.

I have mentioned several times that this game seems to have some aspects of Traveller, a very simplified version of Traveller. In some respects that is true. The plots, the technology types, even the Antelope starship itself. But that is where the similarities end.

In studying this game, I have come to the conclusion that it might have been a stand alone game used by the author for a science fiction setting. Some sort of super campaign.

One of the hints at this possibility is the combat system. It is really designed well for ship to ship combat where smuggling and piracy are critical.

The game system has tech levels, from 1 to 6. For spaceship combat, you are able to roll one die for each tech level of the ship's guns. For tech level 6, you can roll a maximum of six dice.
Roll a 1 or 2 and you have hit.

Simple, eh?
Well, yes. There there are the other modifiers and statistics that come into play. If you are shooting at a stationary target, you can roll up to 7 dice. Theoretically, that should allow you to hit at least twice, maybe three times.
The vast majority of ships in the game absorb 10 hits of damage. With the stock Antelope with the tech level 1 guns, you need to go through 10 lucky combat rounds to destroy another ship.
However with upgraded guns the modifiers come into play. If you roll two 1's or two 2's, you do a critical plus one hit for each pair 1's or 2's. A critical will damage the radios, the engines, shields, life support, ECM or breech a compartment killing everyone inside. There are six compartment areas.
On a roll of a 1 and 2, you do two criticals plus hits.

This random roll of seven dice from Random.org shows the problem.
This is three hits tech level 6 guns against a stationary ship. But how many criticals? I don't know, which is why I suspect there is a flaw in the rules.
My personal interpretation is that it is 3 hits plus 2 criticals. The first one and two are combined for the first two hits and the first two criticals. Then the second two is the next hit. If the order had been different, this would have been one critical and three hits.
There is a third possibility. Perhaps the author intended the player to roll one die at a time so they get a sequence of numbers that can be evaluated in order.
The upshot of this is, if you rolled a just the first 3 dice, that would be two hits and two criticals. Now when combined with the critical table, a ship can experience hull breaches which kill the crew and disable that area.
This particular sequence of rolls, 3, 2, 1, 6, 6, 2 would result in 2 criticals, two hits and breach of the cargo hold and destroy the ECM system, if any.
Repeat that a couple of times and you are on your way to disabling a ship. In the next sequence, I rolled 1, 3, 1, which is another two hits and critical. The critical took out the engines, which gives my next roll an extra die.

Two more criticals. One took out life support and the other took out the crew quarters. The enemy can still shoot back, but they can't move and can only take two more hits. Anyone not in a suit is dead.
It sounds like boarding time to me.
The problem with this is scenario is, this can give the player the opportunity to board and take a ship by wiping out the whole crew. That cannot be intentional, at least for Star Smuggler. Having two ships is very game breaking as I have proved a couple of times.
The author seemed to realize this. Anytime there is a programed space combat event, the enemy ship will surrender at 8 hits and two to go. They rig the ship to explode if you try to take it. So you can plunder but not capture. However, there are random combat events that don't have this rule in play.
As a homebrewed game about pirates and smugglers, it rocks!
Posted by Phil Viverito at 6/18/2021 12:46:00 AM 2 comments:

Practical Tactical - Which Edition of D&D is Best? 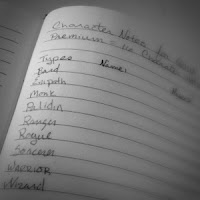 I find myself attracted to some of the older versions of D&D based on the speed of play. If you are tactical combat person, I would suggest either D&D (Red Box) or the Blue rules by Holmes. I lean towards the Red Box because that was the game of my time.

I prefer a role playing style game and as a consequence gravitate to AD&D, Rules Cyclopedia or 3.5. 3.5 does what I want, but I like the quickness and expansiveness of Cyclopedia more. What I often do is mash Cyclopedia with AD&D. It's quick, sloppy and as expansive as I need, without the clunks that come with 3.5. I allow for all of skills and spells in Cyclopedia, but with all the classes and races from AD&D. In some very rare cases, I have allowed the races and classes from Cyclopedia in AD&D with zero modification. That gets weird and really isn't any better than what AD&D offers from its class choices.

Which is best? Well, the one that you play. No other opinion is possible on that. Outside of capturing the flavor of your campaign, the rule sets are flexible with enough abuse.

One of the things that changed between the editions was the numbers of players at the table. When I was playing AD&D I had as many as 12 players in the action. I never split the party unless someone said: "I need a break." If that happened, it was assumed that those players on break would be left behind and not a part of the action, no matter what. This was problematical in the respect that sometimes the second half of the party failed to progress after the first part of the party. Things would get weird.

I never developed a solution for this. What would actually happen is that half of the party would go eat or turn into DJs for a couple of hours, which meant they were observers, not players for the duration. For the most part, they were pretty good at self-moderating, meaning they knew what happened to the rest of the party, but would behave in character, as if they didn't know. They were a great bunch of people.

In any event, as you look at the newer rule sets, the number of players has dropped off from 6-9 or 6-12, down to a mere 4. I hate that because it removes some rather practical tactics from the players hands. When you are operating 12 characters, who are supported by perhaps some torchbearers, porters and a few followers and hangeroners, things slow way down.

I don't mean the game play, but the natural measure of time was slower. Things were done in Turns of 10 minutes each. Being so long, it made sense to have the characters in a marching order which changed and evolved during that 10 minutes.

The lead character would be a thief or ranger. The first wave of characters were usually fighters. The second wave were the squishy magic using types mixed with missile type characters. The last rank was often the weaker fighters. In my campaigns, the players usually did 3 blocks of 4 characters, so they could fit down a 10 foot wide hall. Many times, characters would swap out of positions to meet certain goals. It was very effective.

If you suppose just 4 characters, those parameters vanish.

Being a role playing yet tactical minded person, I would encourage my players to take the time to succeed.

One thing I could never account for but very much wanted to was "evolution" of fighting formations. Say for example, the thief ducking back between the two fighters behind him, so they could deal with a threat. My solution was to simply make sure they had the time to do such things or create scenarios where surprise prevented such things but was not immediately fatal.

When playing encounters for any edition of the game, the DM has to make sure that nearly any scenario cannot be thrown into a "party kill" condition on a single turn, or worse, a single die roll. It takes a bit of creativity to create these story points while maintaining the believe-ability of the scenario.

I recall a particular vicious combat between some hobgoblins and the party. The thief got caught trying to disable an already disabled pit trap. The hobgoblins had triggered the trap and decided to spike the lid in the closed position. They snapped off the tops of the spikes and covered the area with garbage. The thief botched all of his rolls, except a save vs Dexterity to avoid plunging to his death. He was dangling by his fingertips as the battle raged over him.

In the very next session, the magic user had exhausted most of his offensive spells early on, but the thief came up with a deliciously fiendish use for his remaining spell, Passwall.  The wizard unleashed the spell at the floor in the middle of a group of hobgoblins. Two fell in and one was left dangling by his fingertips. Turn about is fun, eh?

That created some interesting DM rulings and decisions by the party. I decided that the wizard could simply end the spell immediately killing those inside the hole or he could ease it closed which would allow the hobgoblins to crawl out as the hole. The party ended up with 3 hobgoblins acting as retainers because their chieftain had a policy of not negotiating for prisoners. I had to call in reinforcements to make the last battle a reasonable challenge, but the players loved every nail biting moment.

Ah... the twists, turns and complexity from what should be a simple set of rules (but probably isn't).

If you are interested in packing the party with NPC types or give your players secondary skills, try out my home brew rules called Zero to Hero: Uncommon Commoners. If you desire some interesting locations for your campaign, I have two rule set agnostic map sets called Kobold's Folly and the Compass Rose Inn. As final offering, I have an old, old characters sheet for use with AD&D and Unearthed Arcana.
Posted by Phil Viverito at 8/07/2019 11:04:00 PM No comments: