In AD&D, movement is not real clear. On page 39, of the PHB distance is covered. 1" is 10 yards outside or 10 feet inside. Ah, easy. Next it says: "Your referee will have information which will enable him or her to adjust the movement rate to the applicable time scale for any situation".

Actually, that's not true. The information is on 101 and 102 of the PHB. Characters move 12" per round or 120 feet per minute. Outside, the rate changes to 12" = 12 miles per half day of travel, where "day" is defined as "daylight hours". Encumbered characters move less.

It is all very reasonable, so long as one doesn't ask "how fast can I move?". If you can run an 8 and half minute mile, you're moving at 62" in game terms or 621 feet per minute. An Olympic runner would be much faster. That is totally nuts.

But why break the math like this? This is AD&D, not a running simulator.

Last session, my players got in a dice heavy combat that came dangerously close to killing several of them and as the DM, I didn't realize how bad it was. 8 NPCs were actually killed, in some cases over-killed.

In this session, I wanted that fun without the element of danger and without railroading the characters with imaginary danger. The players realized the scenario was good fun without too much danger.

Here are the rules: 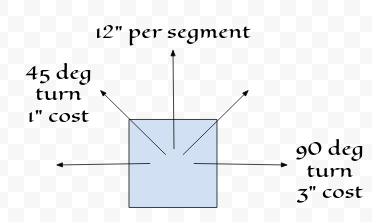 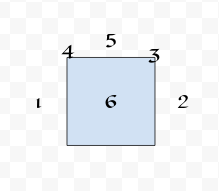 What is great about this system, is everyone can participate with little danger of death. Of course, wiley characters will invent ways to kill each other like this.

As near as I can tell, there is no good way to implement normal combat with this set of mini rules. Some rules of thumb. Bow fire could come once every 5 segments, twice per round and always comes last in the order above. Crossbows can fire immediately on segment 1, but then have to reload over the next ten segments. The interesting effect of bow fire and crossbow fire, is the environment itself. In a crowded city street, even a slow character can step around a corner preventing a shot from landing or even being fired.

As far as melee weapons go, even a lowly magic user or urchin should be able to stay one jump ahead...