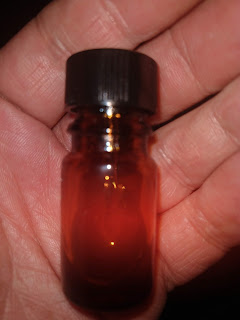 I am obviously thinking of writing another and Gnolls might be the subject. Please let me know what you think in the comments.
Posted by Phil Viverito at 5/26/2019 09:29:00 PM No comments: 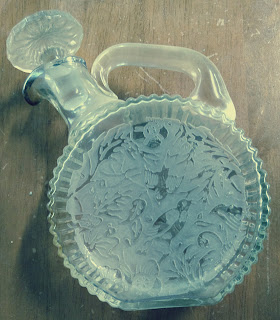 The potion of the Lionhearted appears to be some sort of healing potion. While it can heal humans and demi-humans, this is not how it was designed to be used. If quaffed, it will heal 1d6 points of damage, sustain the drinker for 3 days without food or water and provide a +2 to saves vs. extreme (natural) temperatures. A single flask of the stuff holds 21 doses.

Should someone attempt to imbibe the whole thing, they will find that they cannot do so. The power of this fluid is so much that any creature will avoid taking more than a single sip per day. This should be a clue that this is the wrong usage. Any spell caster will realize this at a single sniff. Paladins and rangers may be able to identify the potion at a glance.

The Potion of the Lionhearted is used in times of desperation. The potion is supposed to be diluted in holy water and sprinkled on food and drink. If used correctly, once dose will be enough to cover enough food and drink for 100 men. If anyone takes a single bite or sip of food so treated, they will recover 2 hit points, be sustained for 24 hours without other food or drink and will feel refreshed. Other names for this potion are "Siegebreaker", "Ironheart" and "Hope".

The potion can only be created by a Paladin and a Ranger working together. While it contains a number of unusual ingredients, the hardest items to obtain and process are 500 pounds of fruits, herbs and vegetables collected by a Ranger. These materials are reduced over a flame for 21 days. The Paladin must pray over this concoction and the prayer must include the words: "care", "pardon" and "rest". Obviously, these potions are prepared well in advance of the need and are often stored for emergencies. The potion never spoils or loses effectiveness.

This item is extraordinarily dangerous if consumed directly from the bottle. If more than 7 sips are taken over 21 days, the person will become addicted to it and refuse all other forms of sustenance. When the potion runs out, the victim must save vs. magic every day, for 21 days in a row. If they fail a roll, they will lose one point of Strength and Constitution. If either score goes below three, the character will fall into a coma lasting 7 days. If either of imbiber's scores falls to zero, they die. Should the person survive the experience, they will regain 1 point per ability every 7 days until they are fully restored. Drinking the potion again during this recovery period will restart the addiction. If the person consumes food or drink doused with the potion, the recover of ability scores stops until the effect wears off in a day.

I am obviously thinking of writing another and Gnolls might be the subject. Please let me know what you think in the comments.
Posted by Phil Viverito at 5/12/2019 11:48:00 AM No comments: