What's to Like About The Reign of the Empire, The New Republic and Beyond?

Disney's gots its hooks in Star Wars. That was a development that I never saw coming. So, what to like about this?

Disney has a mix record on movies. With 5 in the can, only 2 are notable.

Rogue One was excellent as it presented a very different take on the world. It nearly didn't make it judging by the refilming, but it was very good. It captured the ideas very well and threw a bunch of stuff at the audience that meshed clearly with the original film. I could have done without the bit at the end with Vader, but otherwise, it was a decent Star Wars story. Which was a good thing because "A Star Wars Story" was in the title.

The next best film is also the most dogged. Solo. Again, this tried to diverge from the typical Star Wars setting it was very good in that respect. 99% of their battle was making people believe Alden Ehrenreich and Harrison Ford are the same person. That's a bad idea, but they did their best. It also suffers from the shoehorned villain ending. It was loaded with flaws, but was a passable story and fun romp.

Ramming killer villains into the end of films seems to be the Disney Double Gainer. Usually Disney kills the villain in the end, but in these films they live. New ground, I guess.

All the other live action movies wer dren. Yeah, I said dren. They were almost as bad as the prequels.

But the prequels and sequels give a hint as what could be good about the Star Wars universe. There is a running concept in the newer Star Wars films and spin offs. The galaxy is strange. There are things you wouldn't believe out that.

Now that's an idea right from the first film and occasionally Disney can nail it.

Where Disney seems to get into trouble is Disney-fying things. Force Ghosts that act like people is a very bad one. Zero mystery anymore, they hang in the Force StarWarsBucks while waiting to drop knowledge on us.

The other part is misunderstanding which movie the characters are in. Some of them are dead obvious like the need for fuel. More jarring is when they pull a classic sci-fi trope out and in dump it in the film, like Rey's Mirror Cave moment. It's good sci-fi, but bad movie making to assume that Star Wars is science fiction. It's more fantasy, but tightly defined fantasy. In introduces a lot of nonsense into films that don't have enough room for it.

But what is good about these new creations?

Before watching The Bad Batch, I went back to The Clone Wars series to see how they worked in that series. It wasn't a bad transition from one series to the other. The Bad Batch are introduced as anti-heroes to rescue Echo from the Separatists. In the end, they accept Echo into the misfit band. The entire ensemble are misfits, so Echo fits right in. They also diverge from pretty much everything else in Star Wars.

Tech is a genius in a world that seems to be lacking them. Hunter is a low-fi tramp like character thrust into a high tech world. Wrecker is the team meat shield, apparently having survived many things that would normally kill people. He has a massive scar on the side of his head which is clearly going to haunt him. Crosshair is a stormtrooper who can actually handle a weapon.

As divergent characters, they don't diverge much. Yes, they take off their helmets and armor, but in ways that make sense. They have mighty backpacks which seem to include a lot of the kit they need for missions. But aside from beefing up their profile, not much is made of them. They have interesting powers, but not that interesting. Tech is no more profound than Han Solo, but he has a better execution rate. Echo is basically a living R2-D2 which they already toyed with. Wrecker is a talking Chewie and Hunter is basically Luke without a lightsaber. The every dad.

It remains to be seen what Omega and Crosshair will become. And that is actually the key to Star Wars.

"What will you become?" 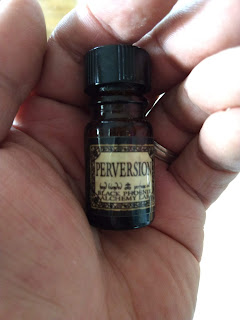