For the Black Rabbit of Inle

I have the garden growing again. I have the mulch in but it needs to be weeded again. 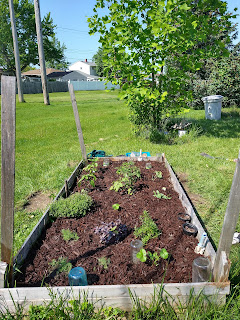 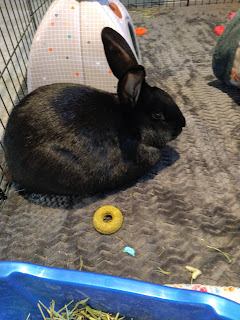 My daughter mentioned how her rabbit would love the garden. Hmm. Ideas sunk in.
First, I don't know why she named The Black Rabbit of Inle, "Bo Bunny". Second, it'd be nice to have some plants around the house over the winter.
The dill, strawberries, and thyme are holdouts from last year. They withstood the ash and fire, the lack of water and weeds. Bringing a few plants inside really couldn't be worse than what they weathered.
I started another batch of seedlings. Cucumbers and oregano. Once they spout, I'll try some tomatoes and beans. The idea is to get a couple of liftable containers going outside this summer and bring them in for the fall and winter.
The other half of this project is four more basement lights. LEDs with a Bluetooth controller. With a brighter basement, the garden may actually winter-over inside for next year. I have no idea if that will work, but that is my plan.
The worst-case scenario is The Black Bunny eats them all.
Posted by Phil Viverito at 5/31/2022 08:47:00 PM No comments: