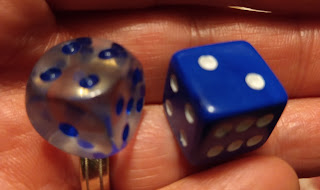 Of late, I have been ordering books instead of PDFs from DriveThruRPG. Someday, I'll have something worthy of a shelfie. In the meantime, I need to complete this series of 52 reviews in 52 weeks. This title, Cepheus Light Upgraded tallies in at 7 from the end. 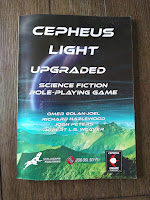 My apologies, there is no significance to the numbers or order of reviews. I have nothing planned for "the last review" because while the series will end, the reviews will not. I've enjoyed this series very much and wish to keep the idea alive in 2022. I'll probably slow down a bit, but we'll see.