Ms. Marvel... I had to Google this one a few months back. On doing a bit of background research, I came to the conclusion that being a 50-year-old, white, bald, fat guy, with children, I was not in the demographics of this show.

A truer statement could not be made.

So, why review it? I watched the first episode and I hate it. And it's great!

I'm going to ignore the whole writer's team and Disney aspect for a while and just talk about the character. Who, what, why, when, and where.

The young woman who is about to take on the mantle of Ms. Marvel is a 16-year-old, immigrant from Pakistan living in Jersey City a few years after the blip. I am foggy on the whole Marvel timeline, but this is 5-10 years in our future. She has a loving family, goes to a good school, and is surrounded by excellent, well-meaning people and a crowd of folks who don't get her.

The problem with Kamala Khan/Ms. Marvel is, there isn't a lot to grok about her. She's 16 and she loves superheroes. Who doesn't?

Out of this one-dimensional girl, we get 45 minutes of high school high-jinx. Not your typical TV high school high-jinx, but a series of characters who are loving caring people who just want the best for Kamala, which does not include a high fashion superhero get-up. Ya, know, typical adults and well-balanced friends.

It's ground-breaking but not particularly woke or whatever. It's rock-solid writing by the staff. The characters seem like fully formed real people, which serves and progresses the story well. I am beginning to suspect that this is not a superhero story at all. It's a coming-of-age story, where superheroes aren't what you think they are... important.

Because this TV show doesn't fit in the mold of a superhero origin story, it actually does very well. It's odd and offbeat. Superimposed on the surface of the show are all of Kamala's hopes and dreams, in cartoon form. The production quality of these interjections suffers from a rare problem. The quality is too good. It's not especially distracting but somehow fails to integrate with the characters and story. When the actors are asked to act out these imagined plot lines, the show really shines. The humor and delivery are a lot like Ant-Man, which is not a bad film to emulate. The results of these live action intercessional pieces pay handsomely, like little nuggets of gold.

If this was a full-length feature film, I'd stop right there. Five Stars.

But it isn't a feature film. Ms. Marvel is one of these odd 6 part mini-series on D+ which may or may not develop into a full series. That is baffling in my mind.

We are on to Disney. I totally understand why they picked this format. Fear of Failure, plain and simple. "We meant to a 6 piece storyline, and we're done. We don't have to do more." vs. "Wow, this sucked. It was a bad idea and it's going in the garbage bin." 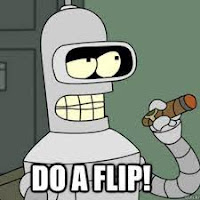 I'm looking at you, Falcon and Winter Soldier. It had a lot of potential, but after a while, I pulled a Bender and shouted "Do a flip!". Horrible that I feel that way. It really had potential but didn't stick the landing. And Disney doesn't have to worry because it was just a mini-series and nothing "important". Just filler content for a new streaming service.

So, we have a superhero show that isn't really about superheroes. Disney nailed the meta on this as superheroes are an ever-present feature of Kamala's world, but have nothing to do with who she is. Her friends and family are who she is.

There is a gritty narrative under the surface, about what worldwide disasters (Covid... the Blip, pick) do to children. When it comes to kids, it's beginning to look like telling them made-up fears screws with their perception of the world and colors them for life.

I survived, the Cold War, the Next Ice Age, AIDS, Y2K, Global Warming, COVID... the list goes on and on. I survived, you survived because none of these are really world-ending events. Not even close. Sure we've got bombs that can turn a patch of earth into a glass as hot as the sun, but we are humbled by the fact that we cannot build enough to damage the planet in any meaningful way. Sure, lots of people die but life goes on.

Thankfully, Ms. Marvel keeps this concept on a low simmer. You can see it, and feel it, but isn't directly addressed. The viewer merely needs to know that's a thing. A big thing, an ever-present thing, but not the topic of this story.

So, here we are with a character and story that refuses to be deconstructed like a superhero comic. No tragic backstory, no war, no calamity but one. And it's an amazing calamity.

Kamala shows up at Avengercon and meets her arch-nemesis, a tall blue-eyed, blonde-haired classmate that loves Captain Marvel as much as she does. And how does that go? Both girls' biggest dreams and worst high school faux pas of showing up in the same outfit come to pass.

Instead of being a monster, Blonde Captain Marvel walks up to Pakastani, Muslim Captain Marvel gushing with joy, not anger, not jealously, but straight-up joy. Because normal humans don't get angry when meeting their dreams.

This whole episode reminds me of every parent-teacher conference I've ever hosted. You know, the one where I have to tell a parent that their child is good, well-behaved, caring, driven, compassionate, and is a pleasure... no, a privilege and an honor to have in class which garners the response: "But B in math..". Screw the math, your kid is amazing because you are awesome parents. These conferences happen way more often than you could possibly know.

As much as those students aren't my children, this show is not my show. Disney needs to get real and not "do the math" on this series. It's meant for kids, it's meant for a particular class of kids, and they should be damn happy to have it. If they do the math, this will end like Firefly, and I wouldn't wish that on anyone.

So let me end by slamming the door on future reviews of this show. 5 stars, but it isn't for me. Unless something changes, there doesn't need to be another review.